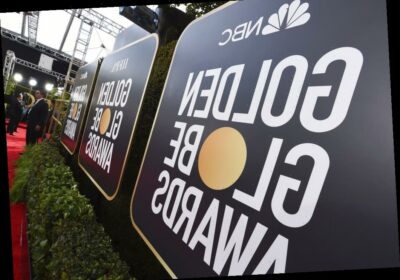 The Hollywood Foreign Press Association, which hosts the Golden Globes, took time during Sunday night’s ceremony to address concerns over its lack of Black members. (Of its 87 members, zero are Black.) A scathing Los Angeles Times exposé last weekend ignited fury over the organization’s practices, and prompted the HFPA to deal with the situation up front during the telecast.

During a live presentation in the ceremony, HFPA vice president Helen Hoehne said, “We celebrate the work of artists from around the globe. We recognize we have our own work to do. Black representation is vital. We must have Black journalists in our organization.”

Former HFPA president Meher Tatna said, “Everyone from all underrepresented communities [should] get a seat at our table, and we are going to make that happen.”

HFPA president Ali Sar said the organization needs to “create an environment where a diverse membership is the norm, not the exception.”

Earlier in the evening, hosts Tina Fey and Amy Poehler joked about the HFPA in their monologue as being “made up of 90 international, non-Black members.” They then said that the Pixar movie “Soul” resonated with the HFPA because it depicts a Black man (Jamie Foxx) who gets stuck in the body of a cat and “the HFPA has five cat members.”

Golden Globes presenter Ava DuVernay said in a statement on social media prior to the ceremony, “Many artists who’ve made strong work this year are being amplified on tonight’s show. I’m proudly introducing HAMILTON to applaud the artistry of Lin-Manuel [Miranda] and the whole cast and crew. To be clear, pressure applied to the Globes and its partners from now on isn’t about validation or shiny things from this particular group. The truth that’s not often discussed is that awards play a part in the economic reality of Black filmmakers, artists of color and women creators in this business. Unfortunately, these shiny things matter to those who finance, greenlight, produce, distribute and market our projects. Therefore, everyone must have balanced access and consideration so that the playing field can be more equitable for artists of all kinds, colors, and cultures.”

DuVernay’s input arrived just after various organizations within the industry gave statements in support of bringing more Black voices into the Hollywood Foreign Press Association. Ire over racial disparity was stoked when Time’s Up released a statement last week in protest of the awards. The Directors Guild of America and the Screen Actors Guild also released statements in support of the protests.

Filmmaker Spike Lee, whose “Da 5 Bloods” was shut out entirely from the Golden Globes nominations, shared similar sentiments on Sunday: “The Hollywood Foreign Press clearly has much werk to do,” Lee wrote in a statement to Variety. “However, it’s been a joy to watch our children Satchel and Jackson serve as the ambassadors to the Golden Globes. I hope the HFPA understands in order to stay relevant, they must diversify their membership. Put some sistas and brothers up on that wall. Y’all buggin’ out!”