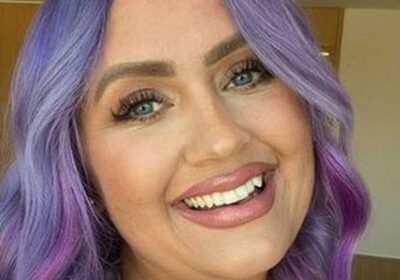 Gogglebox star Ellie Warner is unlikely to return to the Channel 4 show anytime soon, it has been reported.

The TV star's boyfriend Nat Eddleston continues to fight for his life in hospital after being hit by a car last month.

Ellie and her sister Izzi have not been seen on Gogglebox since the accident two weeks ago.

The Sun reports that Ellie is unlikely to return to the programme in the near future.

A source told the publication: "Ellie has barely left Nat’s side since the accident. She has been holding his hand and willing him to get better. "Her heart is totally ripped in two by all of this and she is still in a state of shock about how things have ended up.

"Right now all that Ellie is focusing on is making sure she is there for Nat. Nothing else matters."

She has barely left Nat's bedside as he remains in a critical condition in hospital. The TV personality is yet to comment on the accident publicly but has reportedly been told by Gogglebox bosses that there's "no pressure to return to filming".

On Friday March 18, Nat was rushed to hospital after he was hit by a car in Leeds while walking home.

He was placed in intensive care after it was revealed that he'd suffered a broken neck and back in the accident as well as two collapsed lungs. Although he was initially placed on a life support machine, he is now in a “critical but stable” condition.

In a short statement, West Yorkshire Police confirmed: "The pedestrian remains in a critical but stable condition in hospital and enquiries into the incident are ongoing."

Ellie and Izzi first appeared on Gogglebox back in 2015 after the pair were approached by a friend who worked on the casting team for the popular show.

Nat has appeared on Gogglebox alongside Ellie a handful of times since he and Ellie started their relationship.

He replaced Izzi on the sofa when she was unable to film with Ellie due to coronavirus restrictions.

Fans and co-stars have sent their well wishes to Ellie and Nat following the car crash.