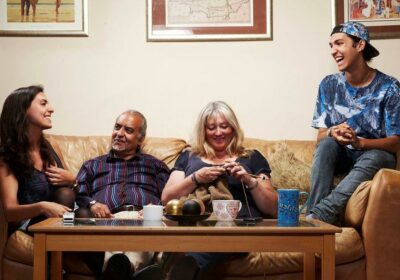 A host of Gogglebox stars have left the show, Daily Star Online can reveal.

After three favourites passed away over the summer, their loved ones have all decided not to take part in the new series.

In June, Pete McGarry died aged 71 and his widow Linda won’t be returning to the show without him.

In August, Andrew Michael passed away aged 61, so now his widow Carolyne and their children Alex and Louis won’t be back.

And after Mary Cook died aged 92, her best friend Marina Wingrove has decided to step away from the show.

Gogglebox’s executive producer Victoria Ray said: “We have had people from the show pass away recently.

"We lost Mary and Andy. And a little while ago we lost Pete.

“Their loved ones won’t be taking part in the show for the moment. Understandably, they want their privacy.”

All of the stars who have left the show have the option to return in the future if they decide they want to.

Gogglebox fans have been heartbroken by the deaths of Pete, Andrew and Mary.

The team who make the show have also been hit by grief over the losses.

Victoria said: “It’s a massive loss in every way. We feel it too. We are still in touch with all the loved ones. We talk to them all the time. They are still part of the Gogglebox family.

“We are really close to all the people on the show, so what has happened has been really upsetting for the whole team.”

Gogglebox is one of TV’s biggest shows with more than six million viewers watching it on Friday nights.

The stars are often mobbed by fans when they go out in public.

Victoria said: “The love from the general public is so lovely and so overwhelming.

"They never take it for granted. It just means a lot.”

The new series starts on Friday at 9pm on Channel 4