GMA ‘gang’ come together for farewell to core team membe 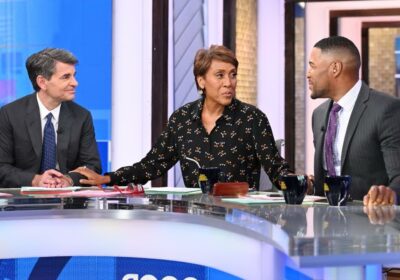 Some of the most beloved stars from the ABC News and Good Morning America team came together over the week for a bittersweet farewell.

According to photos shared by Deborah Roberts, the team bid goodbye to Katie McGuire, who had been a longtime core member of the family.

The ABC journalist shared snippets from the farewell party for Katie, which included the presence of not only ABC executives, but also several faces familiar to viewers.

Along with Deborah, Robin Roberts, Janai Norman, and Amy Robach were also in attendance, posing for photographs from the celebration.

She wrote: “When the gang turns out to celebrate a gem in your organization. After a few decades @abcnews, Katie McGuire is leaving us for new adventures in life.

“She has been a steady, calm and warm presence in our midst. So many stories. So much history. Miss you already Katie!” 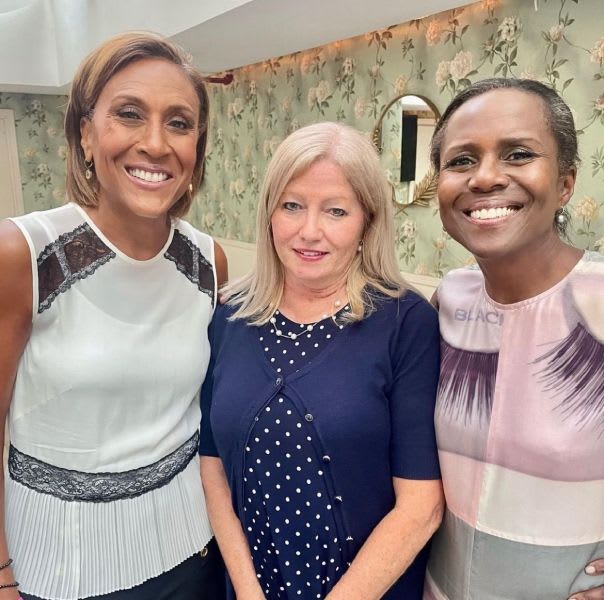 Several in the comments section wished Katie a happy journey forward as well, with one writing: “Katie was a gem! Wishing her all the best,” and another saying: “Much happiness and success in her future endeavors!!”

It’s been a difficult time for the ABC and GMA family, who recently took a moment to remember one of their own that they recently lost.

On the air, Robin, Michael Strahan, George Stephanopoulos, and Lara Spencer came together to pay tribute to one of their stage managers, Bill Miller.

Along with visuals shown of Bill’s decades-long tenure with the network, the three could be heard getting emotional, with Robin in particular choking up when talking about the family he left behind.

“Our condolences, our prayers go out to Logan and Jake, his two boys who he absolutely adored,” she said. “Our prayers to the rest of his family, and his family here, who he worked so closely with.”