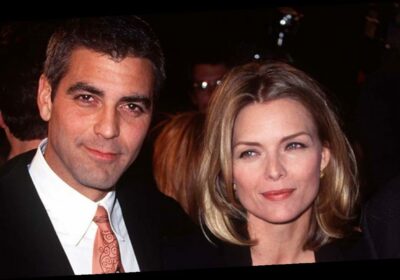 George Clooney is the first to admit that his on-set behavior isn’t always the height of professionalism. The 59-year-old Oscar winner reconnects with his One Fine Day co-star, Michelle Pfeiffer, for a Variety Studio: Actors on Actors discussion to talk about the filming of the 1996 romcom.

In the film, the two stars play Melanie and Jack, busy single parents who are forced together by fate. Though they filmed most of the movie separately, Clooney recalls one scene they had together, which he had to film while drunk.

Not thinking he had to work the next day, Clooney says he went out and had a “few vodkas” with his longtime pal, Rande Gerber, the night before.

When he learned he had to appear on set early the next morning, he set his alarm.

Trying to be respectful of his scene partner, Clooney notes, “I kept trying to spray whatever mouth spray I could because I smelled like a distillery.” 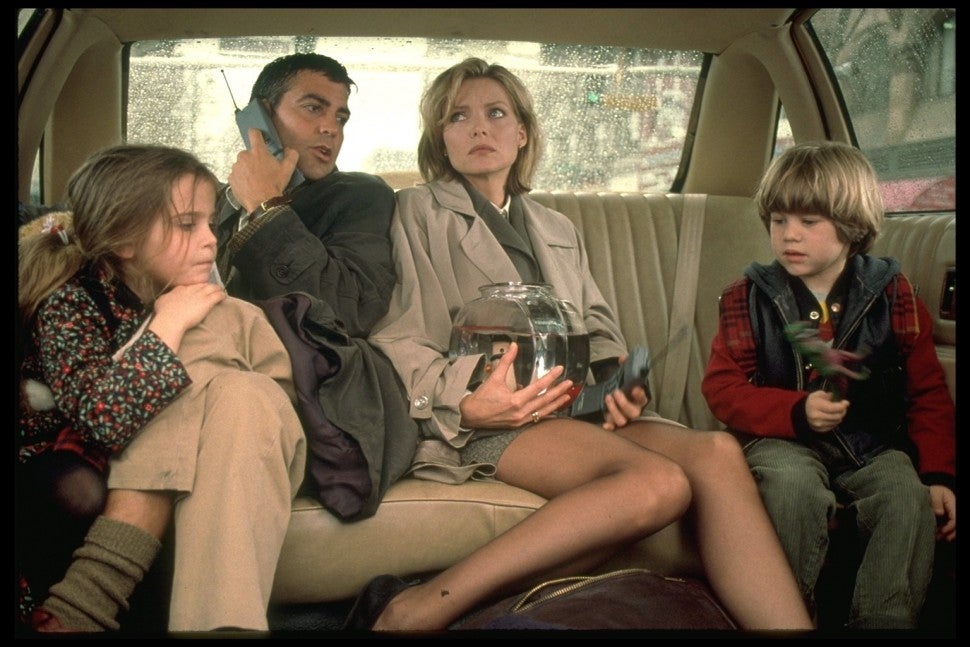 George Clooney and Michelle Pfeiffer in ‘One Fine Day’

“And then you showed up one day with a broken face,” she notes.

“Yeah, I was playing basketball with the crew at lunch time and I took an elbow in the face from a guy, one of the crew members and broke my eye socket,” Clooney recalls. “My eye, it kept swelling and I was like, ‘I can still shoot.’ Remember, we actually shot scenes where we blocked half of my face with a kid?”

Clooney says that Pfeiffer was the “last person” he ever had to audition for as his fame grew, but that despite their chemistry, the movie wasn’t well received at first.

“Now people look at that film and they like it, but they were really tough on us at the time,” he reflects.

Pfeiffer adds they got “creamed” at the box office by the Beavis and Butt-Head movie.

Despite the box office numbers, the film is beloved by Clooney’s wife, Amal, who’d like to see it have a sequel.

“My wife and her friends can’t believe that One Fine Day wasn’t a big hit. They love it,” he says. “So don’t you think there should be a sequel to One Fine Day? An Older Fine Day, and the kids are all grown up now?”

Pfeiffer muses, “It could be called I’m Tired Today.”