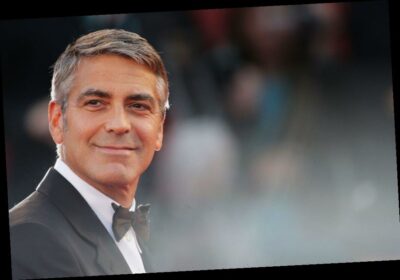 The Golden Girls is a classic sitcom with its own host of success and achievements, from incredibly talented leads and funny anecdotes to notable appearances and nostalgic setting. The show became one of the most treasured shows ever, and it wasn’t even because of the guest appearance that excited fans most.

Although, it may not have happened if circumstances hadn’t aligned at the right moment. It turns out George Clooney’s cameo in The Golden Girls was to keep his health insurance, but viewers aren’t complaining. It’s not every day we get to see our favorite big-name actors make an appearance on fan-favorite classics.

Not many people aren’t familiar with who George Clooney is. Even the younger generation tends to know the infamous name from several films that have hit TV screens over more than five decades. He’s most famous for his role in Batman, Ocean’s Thirteen, ER, Catch-22, and popular TV show appearances on Friends, Entourage, Roseanne, and Golden Girls.

IMDb has no shortage of accomplishments credited to Clooney, either. He’s listed to have more than 90 acting roles, experience producing 39 films, directing nine, and writing five.

Not to mention his unimaginable success in winning 93 notable awards and being nominated for 205. It’s safe to say his career history and stats speak for themselves if you’re wondering how talented he is.

‘The Golden Girls’ is a cult classic

Along the same lines of popularity and fame, The Golden Girls has no shortage of accomplishments either. Fans have watched and re-watched the sitcom classic for more than 30 years without ever tiring of the four leading ladies that present themselves in a sassy, humorous, relatable and sometimes shocking way.

It centers around Dorothy, Rose, Blanche, and Sophia as they experience their ‘golden years’ with all of its ups and downs. The premise of the show is that these four older single women live under one home and encompass diverse characteristics that make for great entertainment and storylines.

Dorothy is oftentimes strong-willed, sarcastic, and fiercely protective of her family. Rose is a Midwesterner who is typically gullible and less outspoken than the other women. Blanche is lustier and frequently dating around with no preference on age. Sophia, on the other hand, is caring but quick to complain and give advice. Together they capture multiple different characteristics of women from that time.

Clooney’s cameo on The Golden Girls was in season two, episode 24, and called “To Catch a Neighbor.” The episode was centered around suspected jewel thieves who lived by Dorothy, Rose, Blanche, and Sophia’s house.

Two police officers come into their home to set up a stakeout and investigate the suspects. The police officers explain that the women have every right to stick around during the investigation since it’s their home, so of course, they do! One of the officers is named Bobby Hopkins and played by none other than the talented Clooney.

Clooney wasn’t quite as famous at the time, so it is reported that his appearance was essential to keep his health insurance. In fact, the New York Post stated that Clooney’s agent asked for the role “so he can maintain his medical insurance.” It turns out when you’re an up-and-coming actor without a steady role or roles, you have to meet a certain quota of gigs to keep your health insurance.

Intentional or not, Clooney was as phenomenal always. His charm and talent were complementary to the already remarkable casting on the show. It’s only a shame he didn’t need a few more The Golden Girl appearances to keep his health insurance.