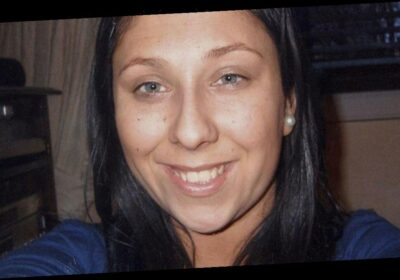 Gemma McCluskie's grizzly death at the hands of her twisted brother was so barbaric the EastEnders script-writers would probably have knocked it back.

So warped was the killing that the show which made the actress famous would have steered clear.

It's nine years since the tragic talented young star, 29, had her life ripped away by someone whose only job was to protect her.

Bludgeoning his sister before beheading her, it was a murder that stunned millions.

Nearly a decade on, it's still devastatingly hard for her family, friends and fans to understand how things got so quite out of hand at her flat in Shoreditch, East London.

Gemma, who played Kerry Skinner, the niece of Square icon Ethel Skinner, in the BBC soap, suffered 20 years of sickening abuse from brother.

Then, one early March morning in 2012, he dismembered her.

Obsessive Tony McCluskie regularly subjected the actress to savage beatings and mental torment while out of his mind on powerful skunk cannabis, the court was told.

Ten months on from dumping her torso in a canal, the 36-year-old was sentenced to life with a minimum term of 20 years following a trial at the Old Bailey.

Less than a year before the trial, he hit his sister over the head before cutting up her body and throwing the parts into the freezing water.

He had even sent his sister a text message a day after the brutal killing saying: "Love ya xx."

A row had exploded at the flat they shared after the window cleaner left the taps on and their sink had overflowed.

The prosecutor told jurors: "Unsurprisingly, Miss McCluskie was exasperated by this. She had had enough.

"Later, while she was out, her friends heard her arguing on the telephone with her brother about what had happened."

The prosecution said she wanted her brother to move out but he refused – and her "permanently stoned" sibling's thoughts kept getting darker and darker.

"He would beat her and mentally torture her, calling her all kinds of awful things," a friend said at his trial.

"She would wear sunglasses because of the black eyes and I saw bruises up her arms where he attacked her.

"It was like he felt he owned her and he tried to control her. The abuse had gone on ever since she was a kid. In 2004 we went out and she had a black eye and she said Tony did it.

"The way he was with her just wasn’t right. I used to say to her, ‘He’s not your boyfriend, he’s just your brother’ – it wasn’t natural."

He eventually admitted killing her.

But he insisted he couldn't remember doing it, and that she'd attacked him first.

Despite admitting manslaughter he was found guilty of murder by jurors with an 11 to one majority.

He was jailed for life and ordered to serve a minimum of 20 years for bludgeoning his sister to death.

McCluskie’s lies were laid bare in the letter sent to his grieving dad from his cell in Highdown Prison, Surrey.

Anthony, 61, and Gemma's brother Danny, 34, found the strength to talk about their torment in 2016 to The Sun.

The letter read: “I’m finding it very hard to believe myself that I could do such a terrible thing to you and our family.

“It breaks my heart knowing I could hurt you in such a way dad. I’m so sorry to have taken a daughter away from you and a sister from me and Danny.

“Dad you know me well enough to know that I’m not an evil person and that wasn’t me that done such a terrible thing.

“It chokes me up knowing I did."