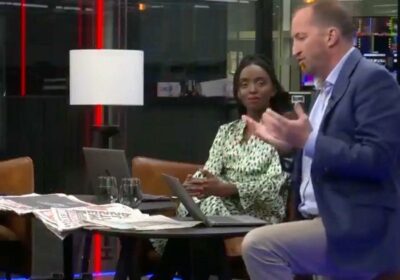 GB News has attracted zero viewers during some of its broadcasts, according to official documents.

The audience figures, which are produced by rating agency Barb, have revealed that during a show on Wednesday afternoon they attracted no measurable audience, The Guardian reports.

The lack of audience came after viewers decided to boycott the channel after Welsh presenter Guto Harri "'took the knee' in solidarity with the England football team live on air.

Viewers took to Twitter at the time to discuss the "controversial" gesture.

One viewer said: "@GBNEWS presenter just took the knee I switched off"

Another penned: "I struggled with the poor technical stuff but when that guy took the knee the other day, that was the end of @gbnews for me."

While a third said: "@GBNews is finished now after that presenter took the knee"

The backlash from viewers led to GB News releasing a statement, which read: "On Tuesday a contributing presenter took the knee live on air and this was an unacceptable breach of our standards.

"We let both sides of the argument down by oversimplifying a very complex issue."

Thursday night saw them release another statement, which read: "GB News stands four square against racism in all its forms.

"We do not have a company line on taking the knee.

"Some of our guests have been in favour, some against. All are anti-racist. We have editorial standards that all GB News journalists uphold."

A GB News spokesperson declined to say whether Guto Harri, a former spokesperson for Boris Johnson, was still working for the controversial news channel.

Viewing figures were recorded the day after Harri took the knee in support of the England team.

During the same time-slot the BBC News channel attracted a huge 62,000 viewers, while Sky News had an equally as large figure of 50,000 people watching – all while GB News had such a low audience that it wouldn't even show up on the stats.

He shared the news in a tweet this morning, writing: "I won't be hosting Alastair Stewart and Friends on GB News this weekend due to… a broken hip!

"I fear it'll be a while but I'll be back! Thanks for kindness and support to all at GB News, the brilliant Anita and my extraordinary family."