Game of Thrones has only had a handful of pictures released from its last ever episode.

HBO has released the two images online from Game of Thrones 73, providing a glimpse into the series finale.

The action in the final episode will still take part in King’s Landing following Danerys’ destruction of the city in episode five, The Bells.

Read on for a look at the first images from Game of Thrones season eight, episode six. 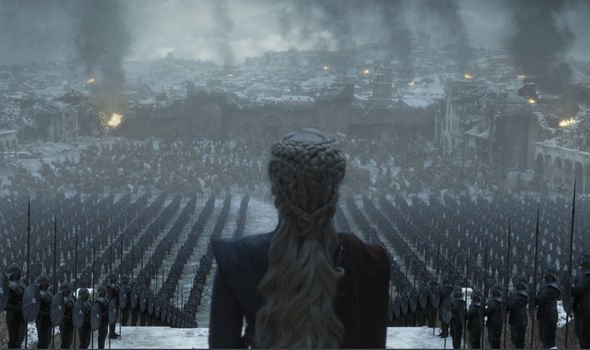 In the first picture released by HBO, Daenerys can be seen in King’s Landing.

Westeros’ capital city has been burnt to ashes with clouds of smoke billowing in the distance.

Daenerys went full ‘Mad Queen’ in The Bells and used Drogon’s dragonfire to incinerate the city.

This resulted in the deaths of Jaime Lannister (Nikolaj Coster-Waldau) and Cersei Lannister (Lena Headey) as well as thousands of innocent civilians.

The image of Daenerys shows her, seemingly, in her new position as Queen of the Seven Kingdoms.

The Unsullied are also pictured in formation while the surviving members of the Dothraki are also seen greeting their queen.

WHAT DO MISSANDEI’S FINAL WORDS MEAN? 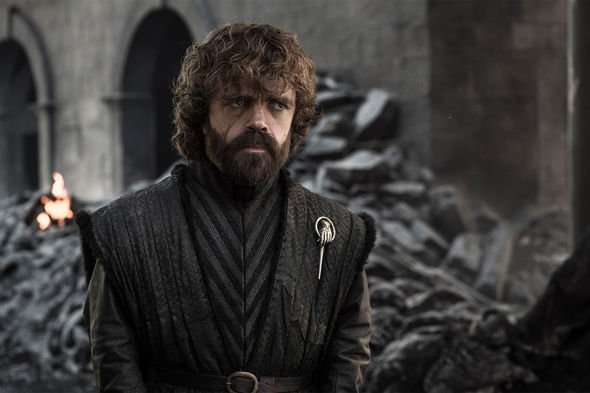 Tyrion’s picture is, again, taken from King’s Landing as he processes what Daenerys has done.

The Lannister man had pleaded with Daenerys to spare the lives of the innocent residents of King’s Landing if she heard the bells ringing in the previous episode.

The bells were used to signify Cersei’s force’s surrender but Daenerys ignored them and decided to wreak havoc on the city.

Piles of ash and rubble can be seen behind as can open fires.

This suggests the action in the season eight finale won’t take place too far in the future from episode five. 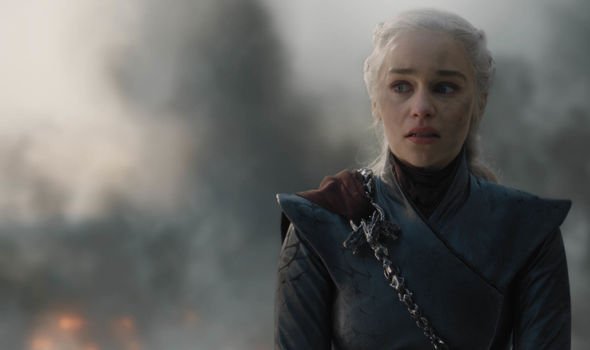 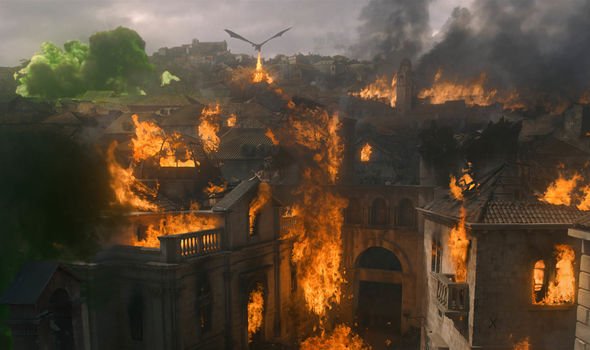 HBO has only released two pictures for the series finale as leaks and spoilers remain shrouded in mystery.

The promo for the Game of Thrones finale did drop after The Bells, however, and provides more of an insight as to what’s in store.

However, with zero dialogue and very little interaction between the characters, it’s hard to predict what’s in store.

One thing is for sure and that is that the series finale is bound to be unmissable.

Game of Thrones season 8 concludes on HBO in the US on Sunday 9pm ET and on Sky Atlantic and NOW TV in the UK on Monday at 2am & 9pm BST.