Home » TV & Movies » 'Fuller House:' Why the Dog's Name Is So Special for 'Full House' Fans

'Fuller House:' Why the Dog's Name Is So Special for 'Full House' Fans 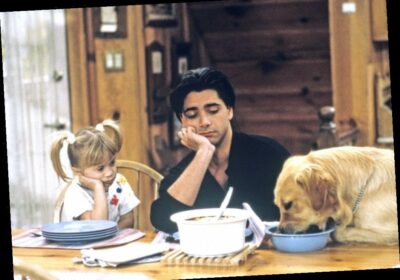 Comet was an important part of the Tanner family in Full House. When Netflix premiered its spinoff series, titled Fuller House, there was another loveable dog who befriended DJ Tanner and her three sons.

Here’s what we know about the golden retriever’s name and why it’s so special for fans of the original sitcom.

The Tanner sisters have a dog named Comet in ‘Full House’

There were plenty of people living in this full house and, for a long period of time, there was even a dog. The characters first met Comet when he was a puppy, thanks to them taking in a dog named Minnie.

They couldn’t keep Minnie, but her owner said they could keep one of the puppies. Even though Stephanie wanted to name him Mr. Dog, after her stuffed animal Mr. Bear, they settled on the name Comet.

Fuller House included a number of returning cast members, including John Stamos as Uncle Jesse and Candace Cameron Bure as DJ Tanner. Because some years have passed since the original series ended, Comet had presumably died.

That doesn’t mean that there isn’t a dog in the Tanner family’s lives. During the Netflix spinoff series, DJ Tanner and her family have the opportunity to adopt another puppy.

In honor of the late-Comet from the original series, this dog is named Cosmo by DJ’s three sons, specifically Max, who ends up taking care of him the most.

His full name is Cosmo T.D. (as in Cosmo “The Dog.”) Throughout the series, he accompanies the kids on their adventures. His mother is Comet Jr. Jr. Steve Hale’s dog, meaning that this loveable golden retriever is actually a descendant of Comet, from the original sitcom.

This dog is often getting into trouble, especially as a puppy. According to Fuller House Fandom, he was caught chewing up the couch during the episode titled, “Secrets, Lies and Firetrucks,” He’s still a part of the family, though, and appears in almost every episode of the Netflix spinoff series.

Fuller House has since drawn to a close, with DJ Tanner, Stephanie Tanner, and Kimmy Gibbler having a triple wedding. Although their lives are somewhat different, DJ’s door is always open, even for dogs.

Most episodes of Full House featuring the loveable and sassy Comet, are available for streaming on Hulu. All five seasons of the Netflix original spinoff series, Fuller House, are available on the streaming platform, Netflix.