'Full House': How Did Uncle Jesse Get His 'Dr. Dare' Nickname? 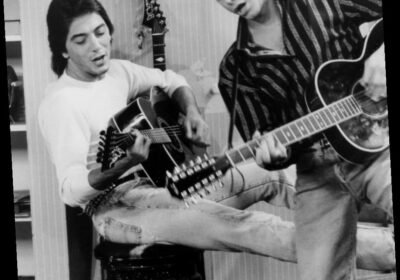 He never said no to a dare. As an adult with responsibilities, that all changed. Here’s what we know about the Full House character, Uncle Jesse, and his time as the reckless “Dr. Dare” in the episode “Dr. Dare Rides Again.”

He’s a best friend to Danny Tanner and Joey Gladstone and a reliable uncle to Stephanie, DJ, and Michelle Tanner. Fans first met Uncle Jesse during the first season of the beloved sitcom, Full House.

Before fans met this character, though, he was sleeping all day and partying all night, playing shows with his band and riding his motorcycle. Although he got serious with Becky, this character left a trail of broken hearts behind him.

He even earned the nickname Dr. Dare for all the crazy stunts he would pull. When Jesse’s old friend Pete visited him, the two reignited their shenanigans, even hosting a party at the Tanner house with Jesse’s old girlfriend, Donna.

When Danny comes home, of course, Jesse gets yelled at for the party. Part of him, however, misses being Dr. Dare. After being called “Dr. Seuss” as a joke, Uncle Jesse decides to prove to his old friends, and to himself, that he still has a wild side.

As a result, this character dared himself to ride his motorcycle on the edge of a building. He almost does the stunt but after speaking to his then-girlfriend, he walks away from the motorcycle. Later, Uncle Jesse calls himself Dr. Sensible.

“Hey, Jesse, maybe the guy I came back here looking for isn’t the same guy anymore, but so what? I like this guy too, you know? And I’ll tell you something else,” Pete said. “You’ve got a pretty good thing going here.”

This loveable uncle earned a few other nicknames since moving into Danny Tanner’s home. To Michelle, he became “big guy” and her best friend. To Joey, he became “Dippity-Doo head” whenever they argued.

To Nicky and Alex, Uncle Jesse was “dad.” After marrying Rebecca, the two had twin boys who also lived in the Tanner’s San Francisco home. This character also returned for the spinoff series, Fuller House, although he already moved out of the Tanner house and into a home with his wife.

Together, the two raised an adopted daughter, Pamela Katsopolis. Most episodes of Full House are available for streaming on Hulu. All five seasons of the Netflix original spinoff series, Fuller House, are available on the streaming platform, Netflix.