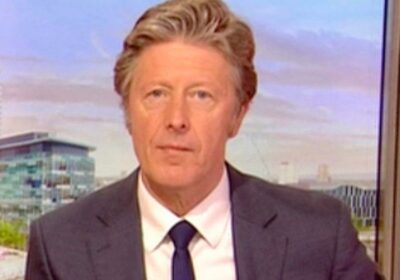 Charlie hosted alongside co-star Naga Munchetty and led the interview with the politician.

Stayt brought up some major issues but Philp gave very vague answers which clearly frustrated the BBC journalist and let to a slight outburst.

Philp continued to speak over the presenter as Charlie interrupted him in an attempt to steer the conversation and took a subtle swipe at the MP.

Charlie tried to "bring him back" to the original topic, repeatedly said "no" when the politician tried to talk and told him that the BBC show has a "limited amount of time".

Stayt then exclaimed: "No. What I am going to do, I'm going to keep you concentrated, if I may, on what you just said."

Charlie continued on and asked the MP for "exact figures," but was forced to press the guest for the information.

The topic then turned to Philp's "new role" as policing minister, which he has been in for "roughly nine or ten days".

This is a breaking showbiz story and is being constantly updated. Please refresh the page regularly for the latest news, pictures and video.

You can also get email updates on the day’s biggest celeb stories straight to your inbox by signing up for our showbiz newsletter .

Get all the very best headlines, pictures, opinion and video on the day’s top showbiz stories by following Daily Star every time you see our name.

Keep up-to-date with your must-see showbiz stories, features, videos and pictures throughout the day by following us on Facebook at facebook.com/DailyStarShowbiz