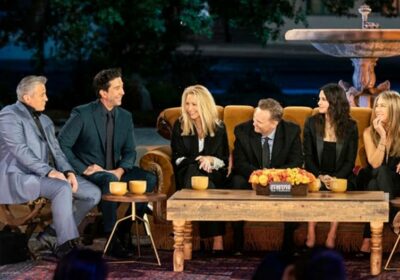 Most of the new subscribers were women, according to Antenna data

The biggest driver of subscribers for HBO Max in 2021 was not exclusive premieres of blockbuster films like “Godzilla vs. Kong” or even Zack Snyder’s long-awaited redo of “Justice League.” Instead, it was a show that hasn’t aired a new episode since George W. Bush was president.

HBO Max’s highly anticipated “Friends: The Reunion” was responsible for the largest single-day sign-ups for the WarnerMedia-backed streaming service this year, outpacing “Godzilla Vs. Kong” and “Mortal Kombat,” according to data released Friday by the market measuring firm Antenna.

As you can see below, “Wonder Woman 1984” is still responsible for the largest single day of sign-ups, last December.

The “Friends” reunion — the first time the main cast were all in the same room together since the NBC comedy’s series finale 17 years ago — overindexed when it came to female sign-ups. Over the three days since its May 27 premiere, new female subs accounted for 57% of the total new sign-ups, compared to 43% over the previous eight weeks, according to Antenna.

The “Friends” reunion was a major programming push for HBO Max. It was initially supposed to be available on the service’s launch day last year, but filming, which took place at the Warner Bros. lot where the show was filmed, was delayed multiple times due to the COVID-19 pandemic. It ended up airing a full calendar year later than originally planned.

As of the end of March, WarnerMedia reported 44.2 million subscribers for HBO and HBO Max in the U.S. Of those, parent company AT&T said that 40 million are considered subscribers of HBO Max in some form, and 30.9 million of them are “wholesale” subscribers, meaning that they get access to HBO Max through an existing HBO subscription or as part of a bundle with other AT&T services. However, it is not clear if all of those 30.9 million have “activated” their subscription, and this number only grew by 150,000 in the first quarter — which suggests that WarnerMedia is maxing out on the available pool of existing subscribers to convert.

That’s why analysts are increasingly focused on HBO Max’s “retail” subscribers, those who sign up specifically for an HBO Max subscription.

Since the streamer’s launch last May 27, the company has signed up 9.7 million new subscribers. That figure increased by 2.8 million last quarter, compared with 3.26 million during the last three months of 2020 (Netflix has only had one quarter since 2012 in which it gained more than 2.7 subscribers in the U.S., though its growth has largely come from overseas in the last few years since it has widely penetrated the U.S. market.)

AT&T, which is spinning off WarnerMedia into a merger with Discovery later this year, will report its next earnings in July or August, so we’ll get a better indication of how many new customers “Friends” brought in. But so far, the wait appears to have been worth it.