Home » TV & Movies » Friday Ratings: WWE And CIA Are The Top Two Winners On The Night

Friday Ratings: WWE And CIA Are The Top Two Winners On The Night 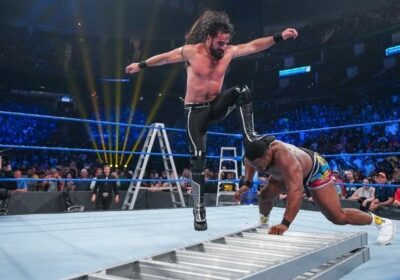 The WWE visited the World’s Greatest Arena Friday and continued to dominate the demo ratings, bringing in a healthy 0.6 on a relatively quiet evening.

This week’s WWE Friday Night SmackDown on Fox was held live at Madison Square Garden in New York, and saw the return of Brock Lesnar and a surprise visit from NBA superstar guard (and notorious Garden “villain”) Trae Young of the Atlanta Hawks.

Elsewhere, CBS offered Race Against Time: The CIA and 9/11, a special examining the agency’s greatest failure and its relentless pursuit of its perpetrators in the wake of the incident. That brought in an 0.3 and the night’s largest total audience for new programs of 2.62 million viewers.

The CW saw legal drama Burden of Truth and ageless soap Dynasty both in at a 0.1