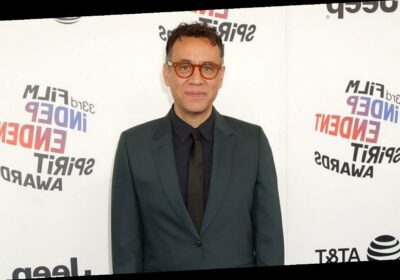 The former ‘Saturday Night Live’ regular is set to play a billionaire oddball who judges a comedy sketch in the upcoming podcast series due to debut on Spotify.

AceShowbiz -Actor, comedian, and drummer Fred Armisen is taking his unique skills to the crowded audio arena for a new show.

In the new podcast, “The Sketch Factor“, the “Saturday Night Live” star, who is known for his celebrity impersonations, will play a character called Xandor Szavost.

Described by Variety as “an inventor, philanthropist and billionaire who’s using his fortune to finance an audio sketch-comedy competition for his own amusement,” the fictional oddball will judge a comedy sketch as part of each short episode.

The show will be produced by Radio Point bosses and will debut on 1 April (21), exclusively on Spotify.

Chiefs at the platform, who are working to expand its podcast division, will also roll out another audio series the same day, “Flameout“, in which a troupe of comedians will tackle famous business failures. Episodes will introduce out-of-control bosses who steered their companies off the rails, to be played by “Wet Hot American Summer” star Michael Ian Black, “Up Early Tonight” ‘s Abbi Crutchfield, “The Other Two” actor Joel Kim Booster, Candice Thompson, Chinedu Unaka, Atsuko Okatsuka, Alison Becker, and Baron Vaughn.

It’s a busy time for Candice, who has just launched “Nosy Neighbors“, another Spotify original that she co-hosts with “The Mindy Project” ‘s Chinedu Unaka. The two funnywomen analyse bad behaviour and personal disputes, some caught on camera, as well as online neighborhood bickering.

Every episode will include a real-life comedian telling their own nosy neighbour story.