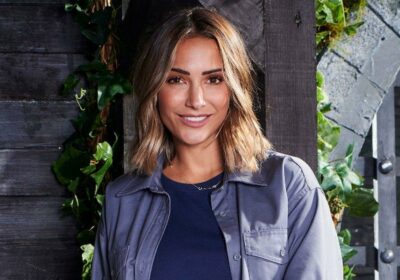 The Saturdays star Frankie Bridge is set to appear on the upcoming series of I'm A Celebrity… Get Me Out Of Here! but has already admitted that she may be forced to quit the show.

Frankie says that she is "scared of most things" but insists that she wants to push herself.

Regarding her prospects in Gwrych Castle, she says: “There are going to be so many emotions in the Castle.

“I think it is going to be a total roller coaster of laughing, crying, loving it, hating it, wanting to stay, wanting to go but that is what going on I’m A Celebrity is all about.”

Despite fearing that she may want to leave, Frankie adds: “I want to push myself and show a side people have not seen before.

“I think people will be surprised to see me doing I’m A Celebrity and I am scared of most things.

“I’m scared of rats, I am a fussy eater and I have a bit of a phobia of ketchup, so a pint of penis terrifies me!

“I also hate spiders in my own home, being trapped in small spaces is a big thing for me and pretty much all of that is likely to happen.”

ITV bosses have now confirmed the complete line-up for the upcoming series, which will take place in Wales rather than Australia again this year due Covid complications.

Frankie's husband, former England footballer Wayne Bridge, appeared on the show during the 2016 season and was the eighth celeb eliminated.

Her family have been keen for her to follow in her husband's footsteps for some time now.

She explains: “Ever since Wayne took part, he has been desperate for me to do it too and he can’t wait to watch me squirm and scream!

“My kids are still quite young, and they still think I am quite cool – so there is a very small window for them to watch it and not be embarrassed! I feel now is the time. I love the show so much too.”

Frankie says that her husband's main piece of advice has been to “not over think things and have fun”, but she admits that it is hard to predict what it will be like in the Castle instead of the jungle.

She is also hoping to surprise people with her performance on the show.

“People assume that if you are in a pop group you lead a really glamorous lifestyle and that I wouldn’t want to get stuck in, but I know I will give everything a go,” Frankie explains.