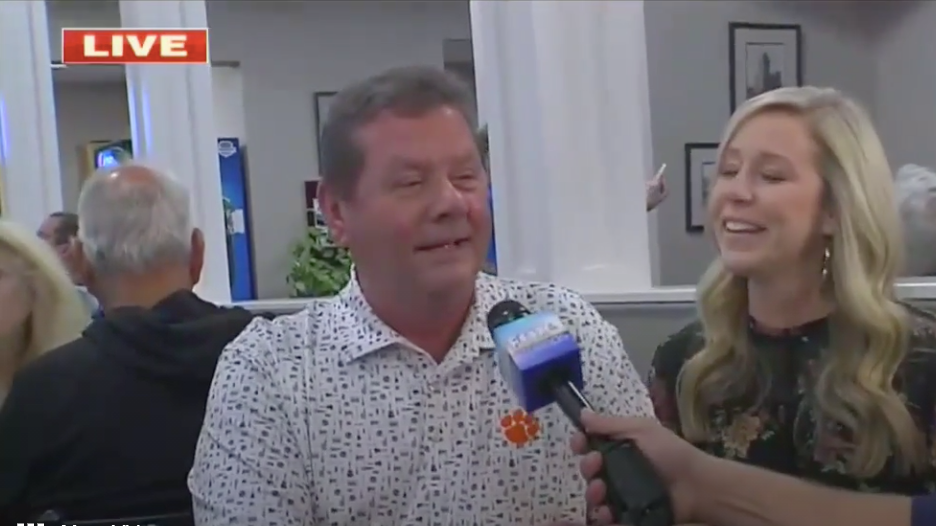 An interviewee on Fox News Thursday morning said something that seemed pretty innocuous to the untrained ear: “Let’s go, Brandon.”

The phrase, though, actually means “F— Joe Biden.” It’s a complicated, insider-focused joke that stems from Brandon Brown’s NASCAR win last weekend. The crowd was chanting the NSFW diss, aimed at President Joe Biden, but the NBC reporter interviewing Brown told viewers they were cheering the driver on. The NBC reporter either misheard or was trying to salvage a live broadcast laden with politics and curse words, but either way, new shorthand was born. (Search the phrase on Twitter to see for yourself.) 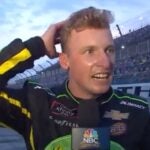 And so it reappeared on Thursday’s “Fox & Friends,” during which correspondents were out at diners across America to talk to patrons and celebrate the network’s 25th anniversary.

Will Cain was in Greeneville, South Carolina, talking to two early risers named Kelly and Neil. Kelly said she loves Fox News because the network’s hosts “tell the truth.”

Then, it was Neil’s turn: “I watch Fox News because it’s America. It’s my America. It’s a real station telling the real truth every day. And by the way, ‘Let’s go, Brandon!’”

Cain quickly pulled back the mic and said Neil was “a big college football fan” as hosts in the studio laughed.