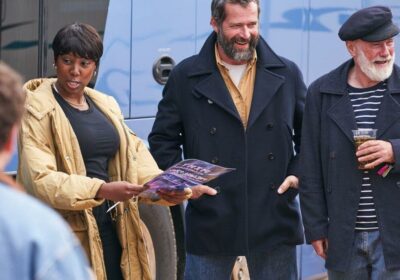 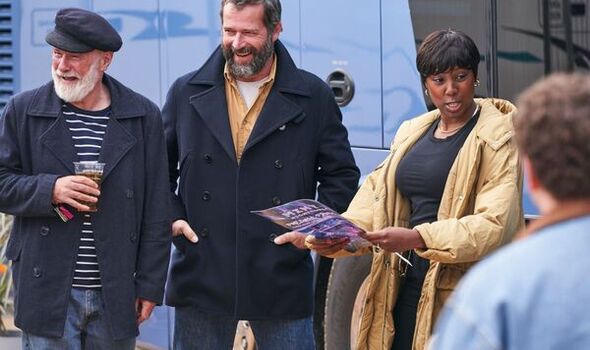 A sequel to the gentle underdog drama was always going to roll into port once the storm of Covid had subsided. But would it be the movie equivalent of that difficult second album?

Thankfully, there is no major change in direction in a solid follow-up which replays most of the beats of the cockle-warming original.We catch up with the world’s oldest “buoy band” on a boozy UK tour in 2011.

After the politically incorrect Leadville (Dave Johns) offends a female journalist with a salty joke, the exhausted lads return to their achingly beautiful fishing town of Port Isaac.

Meanwhile in London, music execs are engaged in a lively discussion about their future. Head honcho Jez Chandra (Ramon Tikaram) wants to cut them loose, fearing the middle-aged reprobates are bad for his label’s image.

But managing director Leah Jordan (Jade Anouka) persuades him to throw them a lifeline. Believing they could have one more hit album in them, she heads to the Cornish coast to put the unruly lads through media training.

Sadly, lead singer Jim (James Purefoy) is not in the mood for change. After the death of his father Jago (David Hayman), the grumpy fisherman has sought solace in his whisky flask.

And he completely loses it when they sign up a Welsh farmer (Richard Harrington) as a replacement for Jago, storming off the stage at the Minack open-air theatre in Penzance.

But, conveniently, a new love interest has arrived in town. Can Irish singer Aubrey Flynn (Imelda May), a reformed hell-raiser, help Jim pull back from the brink?

The plot is largely predictable and the comedy decidedly choppy. But a rousing soundtrack and Purefoy’s touching performance keep this gentle feel-good drama afloat.