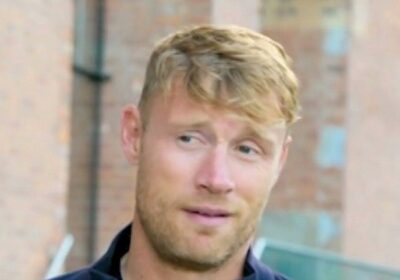 First Dates fans found scenes on Monday night's episode of First Dates truly hilarious after one of the contestants was compared to a well-known ex-cricketer.

The dating show returned to Channel 4 on Monday for the latest season that showed off a varied bunch of singles on the search for love.

Ex-copper Matty had been paired up with detective Claire and they seemed to hit things off on their date, with the two cautiously flirting with each other over their meal.

During their date, he revealed that he has frequently been told that he looks like cricketing star turned TV personality Freddie Flintoff.

Waitress Cici Coleman walked up to Matty and said: "Do you get told that you look like someone famous?"

Fans then took to Twitter to discuss the lookalike comments and found it quite funny.

Another said: "He does look like Flintoff. If he’d been hit in the face with the bat 20 times #firstdates"

While First Dates very own waiter, GrantUrquhart, jokingly said: "So we’ve got a Freddie Flintoff lookalike AND a David Beckham lookalike in the 1st episode of @FirstDates?! Aren’t you guys lucky (yes I mean me and yes I’m joking) #FirstDates"

While another commented on the pair's perfect match saying: "The detective lady and Freddie Flintoff look like they came out of the same mold. She just got the better hair. "

Shortly after this revelation, viewers were shown Aisha and Praem date, who appeared to be a match made in self-declared "geeky" heaven by the looks of their similar interests.

Aisha then asked Praem: "Has anyone ever said you looked like someone famous?"

And she replied: "Raj from Big Bang Theory – but you don't wear sweater vests, so you've got that going for you."

Praem then jokingly added: "That you know of…"

Fans also joked about the resemblance on social media with one tweeting: "The Asian guy on #FirstDates is a dead ringer for Tamwar that was on Eastenders a few years ago."

While a second said "He looks nothing like Raj" followed by a laughing emoji.

A third added: "Raj from the Big Bang Theory, in the dark maybe", followed by a string of laughing faces.

Whereas a fourth commented: "I’d say he looks more like an older Tamwar from Eastenders than RaJ #FirstDates."