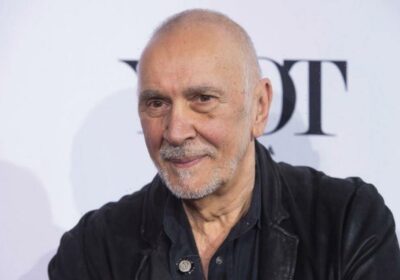 Editor’s Note: On April 13, Deadline broke the story that Frank Langella had been fired as the lead of the Netflix limited series The Fall of the House of Usher after an investigation into an alleged unacceptable conduct on set, including sexual harassment toward the actress playing his wife. At the time, we reached out to the Oscar-nominated actor for comment. Here is his reaction to the dismissal, written as a guest column.

In the increasing madness that currently pervades our industry, I could not have imagined that the words collateral damage would fall upon my shoulders. They have brought with them a weight I had not expected to bear in the closing decades of my career. And along with it has come an unanticipated sense of grave danger.

On April 14 of this year, I was fired by Netflix for what they determined to be unacceptable behavior on set. My first instinct was to blame. To lash out and seek vengeance. I interviewed crisis managers, tough connected lawyers, the professionally sympathetic at $800 per hour. Free advice was proffered as well:

“Don’t play the victim.” “Don’t sue. They’ll dig into your past.” “Sign the NDA, take the money and run.” “Do the talk shows. Show contrition; feign humility. Say you’ve learned a lot.”

I was playing the leading role of Roderick Usher in Edgar Allan Poe’s classic The Fall of the House of Usher, modernized as an eight-episode series for Netflix. It is a glorious role and I had come to regard it as, most likely, my last hurrah. Bizarrely prophetic under the current circumstances.

On March 25 of this year, I was performing a love scene with the actress playing my young wife. Both of us were fully clothed. I was sitting on a couch, she was standing in front of me. The director called cut. “He touched my leg,” said the actress. “That was not in the blocking.” She then turned and walked off the set, followed by the director and the intimacy coordinator. I attempted to follow, but was asked to “give her some space.” I waited for approximately one hour, and was then told she was not returning to set and we were wrapped.

Not long after, an investigation began. Approximately one week later, Human Resources asked to speak to me by phone. “Before the love scene began on March 25,” said the questioner, “our intimacy coordinator suggested where you both should put your hands. It has been brought to our attention that you said, ‘This is absurd!’” “Yes,” I said, “I did. And I still think so.” It was a love scene on camera. Legislating the placement of hands, to my mind, is ludicrous. It undermines instinct and spontaneity. Toward the end of our conversation, she suggested that I not contact the young lady, the intimacy coordinator, or anyone else in the company. “We don’t want to risk retaliation,” she said. When I mentioned that it was certainly not my intention to… she cut me off politely and said: “Intention is not our concern. Netflix deals only with impact.”

When you are the leading actor, it requires, in my opinion, that you set an example by keeping the atmosphere light and friendly. Nevertheless, these were some of the allegations: 1. “He told an off-color joke. 2. “Sometimes he called me baby or honey.” 3. “He’d give me a hug or touch my shoulder.”

“You cannot do that, Frank,” said our producer. “You can’t joke. You can’t compliment. You can’t touch. It’s a new order.”

On April 13, the following item appeared on TMZ: “Frank Langella has been fired by Netflix for fondling a young actress between takes and she stormed off the set.” That is demonstrably false. That is a total lie. The actress was mentioned by name. The same young woman who had accused me of “touching her leg” on camera in the love scene. The next day the item was corrected to read: “Frank Langella has not been fired but is under investigation.” In this version, the actress’s name was deleted.

That afternoon, I was fired. I was not given a hearing with Netflix. My request to meet one-on-one with the actress was denied. The directors and the producer stopped answering my emails and phone calls. Within 30 minutes of my firing, a letter went out to cast and crew and a full press release was sent immediately. My representatives and I were given no opportunity to comment or collaborate on the narrative.

I cannot speak to the intentions of my accuser or Netflix, but the impact on me has been incalculable. I lost a thrilling part, the chance at future earnings, and perhaps face a stretch of unemployment. Netflix terminated me after three months of work with only three weeks left to shoot, and I have as yet to be fully remunerated for my services. Most importantly, my reputation has been tarnished.

These indignities are, to my mind, the real definition of unacceptable behavior.

Cancel culture is the antithesis of democracy. It inhibits conversation and debate. It limits our ability to listen, mediate, and exchange opposing views. Most tragically, it annihilates moral judgment.