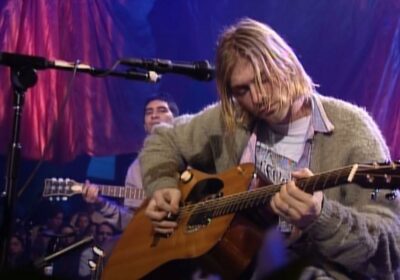 The Federal Bureau of Investigation has released a 10-page report to “The Vault,” the FBI’s Freedom of Information Act library, on the 1994 death of Nirvana guitarist Kurt Cobain by suicide.

The file contains letters asking the FBI to reopen its investigation into Cobain’s death, citing television documentaries and other speculative media. The letter writers’ names were redacted.

“There has since been evidence found that he was killed and didn’t commit suicide, as originally thought,” said one letter. Another wrote, “Millions of fans around the world would like to see the inconsistencies surrounding the death cleared up for once and for all. It is sad to think that an injustice of this nature can be allowed in the United States.”

Rolling Stone reported the FBI periodically makes public some of its archives. The file on Cobain was released last month without public notice beyond the posting on the website.

Rolling Stone reported that the FBI file contained production notes from the company behind Unsolved Mysteries, which featured a segment on Cobain’s death in 1997.

The FBI’s response to inquiries in the documents claimed Cobain’s death was not in the bureau’s jurisdiction.

“We appreciate your concern that Mr. Cobain may have been the victim of a homicide,” said one response in the file. “However, most homicide/death investigations generally fall within the jurisdiction of state and local authorities. … Based on the information you provided, we are unable to identify any violation of federal law within the investigative jurisdiction of the FBI.”