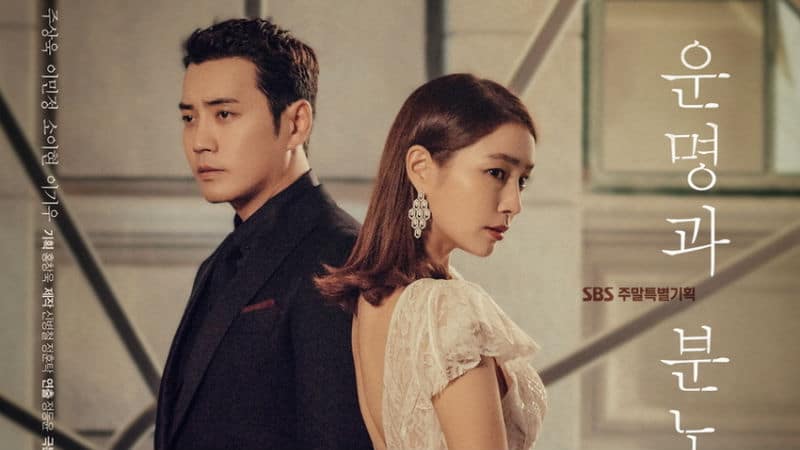 Lee Min-jung and Joo Sang-wook — the co-main leads from 2014 K-drama Cunning Single Lady — reunite in a new romantic drama, Fates and Furies. The K-drama just recently made its premiere and domestic viewers are loving it, proven by the high viewership ratings.

According to the viewership ratings provided by AGB Nielsen Korea, the third and fourth episodes averaged 7.0 percent for the nation and 7.1 percent for Seoul. Please take note that the average is a bit unique as the first and second episodes are not recorded.

Since Fates and Furies just started, there isn’t enough data to register how it is doing internationally. For K-drama fans in the Americas, it is airing on Rakuten Viki. From what we see on initial reviews and live responses, fans are loving the new series.

What is Fates and Furies all about?

Fates and Furies — which is also known as Fate and Fury — is a 40-episode long series airing on the Seoul Broadcasting System. It stars Lee Min-jung and Joo Sang-wook.

A melodrama centered on both love and revenge, Goo Hae-ra (Lee Min-jung) approaches Tae In-joon (Joo Sang-wook) with ulterior motives, only to truly fall in love with him. To make matters worse, Hae-ra find out In-joon’s family is associated with her sister’s attempted suicide. This fact causes Hae-ra to fall deeper into guilt.

The question that needs to be asked is what will Tae In-joon do when he finds out what Goo Hae-ra’s motives are? Will he turn spiteful and try to exact revenge or will love win the day?

Fates and Furies aired its first through fourth episodes on Saturday, December 1, 2018, at 9:05 p.m. KST on SBS. Subsequent episodes will air on the same day at the same time for 40 episodes.

For international viewers, specifically those living in North and South America, it can be viewed on Rakuten Viki. The first and second episodes are free-to-watch. The remaining episodes as of now require the viewer to subscribe to Viki Pass Standard.