Fantastic Beasts 3 cast, release date, plot, title and everything you need to know

Note: Contains spoilers for Fantastic Beasts: The Crimes of Grindelwald

Fantastic Beasts: The Crimes of Grindelwald is nearly upon us, but that’s only the second instalment in the five-part Harry Potter prequel.

The third Fantastic Beasts film already has a release date, and is sure to get plenty of setup when Crimes of Grindelwald hits. Here’s what we know so far. 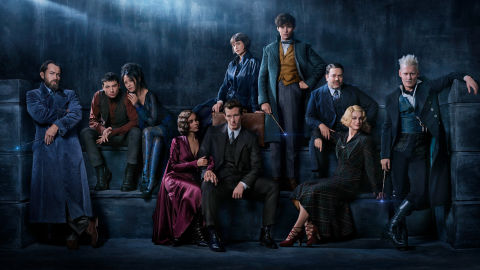 So not everyone got through Crimes of Grindelwald unscathed as Leta Lestrange was tragically killed by Grindelwald after helping Newt and the others escape.

It’s led some fans to speculate on how her sacrifice might have a greater meaning, but the fact is Zoe Kravitz probably won’t appear in the third movie. Although that doesn’t rule out any potential flashbacks as we still don’t know much about her relationship with Newt.

Everyone else survived and so that means, alongside Johnny Depp who had already confirmed his return as Gellert Grindelwald, we can expect to see the likes of Eddie Redmayne as Newt Scamander, Katherine Waterston as Tina Goldstein, Dan Fogler asJacob Kowalski, Alison Sudol as Queenie Goldstein, Ezra Miller as Credence Barebone, Callum Turner as Theseus Scamander and, of course, Jude Law as young Albus Dumbledore.

David Yates has said that he will return to direct Fantastic Beasts 3 (and the two remaining movies), making this his seventh movie in the Harry Potter world.

Fantastic Beasts 3 plot: Are we getting a Brazilian?

The five Fantastic Beasts movies will each be set in a different city across the world. So far we’ve had New York and Paris, and the third destination is yet to be revealed.

However, we may have a clue. JK Rowling recently revealed that her Twitter header photo is of Rio de Janeiro in the 1930s.

Not only is an appropriate period for the series, but Rowling revealed, after misspelling the Brazilian city’s name, that she should be able to spell it “given how many times I’ve written/typed it in the last few months”. Rowling was already working on the third film’s script as of June 2018.

This also supports a possible clue she posted back in 2016.

Rowling wrote ‘five’ in five languages, one of which was ‘cinco’ which could be either in Spanish… or Portuguese, the official language of Brazil.

A 1930s setting would also suggest a sizeable time jump. The first Fantastic Beasts film was set in 1926, with Crimes of Grindelwald following shortly afterwards. As the fifth will allegedly wrap up in 1945, when Dumbledore defeated Grindelwald once and for all, these movies really need to get a move on!

Where we left the Beasts characters in Crimes of Grindelwald, Credence and Queenie have sided with Grindelwald, while Newt has committed to fighting the dark wizard alongside his brother Theseus.

Dumbledore is working on breaking the blood pact that prevents him from confronting Grindelwald directly, while his former friend (and lover?) is planning to use Credence – who he has named as Dumbledore’s long-lost brother, Aurelius – and his incredible powers to destroy Hogwarts’ future headmaster.

These threads will no doubt be picked up in the sequel.

Alison Sudol has already been busy defending Queenie’s shocking turn to the dark side, saying she feels “betrayed” by Jacob and Newt.

As for the title, we’re as much in the dark as you are right now. Unless you’ve been holding out on us, that is…

Fantastic Beasts 3 has already been given a release date of November 20, 2020, continuing the pattern of the first film (November 2016) and its sequel (November 2018).

The fourth and fifth films are expected to follow in the autumns of 2022 and 2024.