Home » TV & Movies » 'F9' Director Justin Lin Says He Returned to Direct More 'Fast and the Furious' For 1 Reason, and It Wasn't the Action Scenes

'F9' Director Justin Lin Says He Returned to Direct More 'Fast and the Furious' For 1 Reason, and It Wasn't the Action Scenes 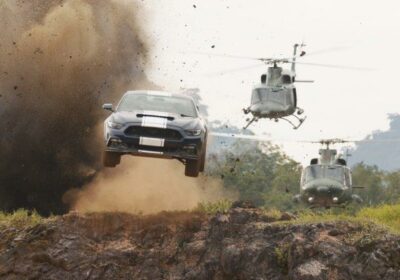 Justin Lin is the only director to direct more than one Fast and the Furious movie. Rob Cohen directed the 2001 original film, followed by John Singleton. Lin joined the franchise for Tokyo Drift, and then directed Fast & Furious, Fast Five and Furious 6. He returns for F9 and says there’s one reason he came back.

[Spoiler alert: This article contains spoilers for previous Fast and the Furious movies.]

Lin spoke at a F9 press conference on June 12. He shared his reasons for returning to The Fast and the Furious after letting other directors direct Furious Seven, The Fate of the Furious and Hobbs & Shaw. F9 is in theaters June 25.

Lin left Furious 6 catching up to Tokyo Drift. Han (Sung Kang) finally left for Tokyo. Dom (Vin Diesel) and the family were back in the U.S. after having their records expunged. Furious Seven ended up retiring Brian (Paul Walker) because Walker died before completing the film. The Fate of the Furious introduced Dom’s son. Lin saw more opportunity to explore the characters, by delving into Dom’s past and introducing his brother, Jakob (John Cena).

“I felt like when I came back, there were some thematic explorations of family through blood that excited me,” Lin said. “To be able to do that, I felt also excited about the fact that we’re going to be able to go back to the origin of this whole mythology. I think by doing that, and also the fact that we’re 20 years in, a lot of what, I think, the fans have been wanting or talking about, it felt like it was organically aligning as we were working on it.”

The action of ‘F9’ came second

F9 may top the action of the previous eight or nine movies. There’s a chase through a mine field, two stunts involving a rope bridge, and some set pieces fans have been asking for. Still, Lin said the outrageous action is only there to serve the characters.

We’ve made a commitment early on to say hey, if we’re lucky enough to earn another chapter, let’s really acknowledge that these are characters who are going to grow. They’re going to have real life issues like everybody else. Now for me, it’s been 15 years, you see that they’ve settled down together. They started families together. Now they have kids. So to be able to acknowledge the evolution, it allows us to push ourselves and challenge ourselves to see if we can always bring something new, new obstacles for them to confront.

Lin is attached to direct the two part finale to the Fast and the Furious saga. Given what happens in F9, it may be a tough act to follow. However, Lin said he’s planning to continue focusing on the characters.

“I think part of what we do is always being open to anything, but I would say that I don’t ever want to misconstrue that as let’s just do crazy things for crazy thing’s sake,” Lin said. “We’ve gotten this far because of our characters. I think it’s important to have the characters lead us into whatever next chapters we want to go into.”