Everything to Know About Deadly Illusions Breakout Star Greer Grammer 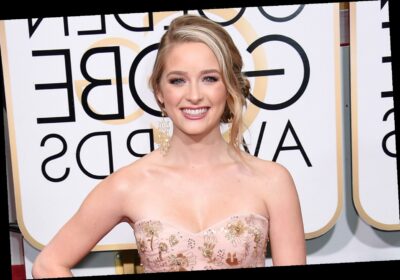 Don't be surprised to see Greer Grammer at the top of your Netflix queue!

The actress, 29, has captured the attention of millions of households with the popular streaming service as her new film Deadly Illusions debut and landed on the No. 1 spot on Thursday.

The movie follows Mary (Kristin Davis), an author experiencing writer's block who hires a nanny, Grace (Greer) to take care of her kids while she tries to write. The psychological drama also stars Dermot Mulroney.

Greer celebrated the film's premiere with a "'deadly illusions' photo dump" on Instagram on Friday, writing, "Welp! The movie dropped on Netflix yesterday and all I can say is 🙈😬😈."

"Thanks to everyone who has watched and gotten us into the top 10! Reading all the messages about our crazy ride of a film has been so exciting and fun," she wrote. "This role is definitely different than any other role I've done in the past (friends & family you have been WARNEDDD 🙈) BUT happy/anxious/excited that it's finally out in the world for everyone to watch! Xx #deadlyillusions #bts."

Here's everything to know about the actress.

1. Her dad is Kelsey Grammer.

She inherited her father's love for acting at a young age, participating in plays as a child before becoming a pageant queen as a teenager.

The actress shares a close relationship with her father, sharing a sweet birthday tribute to him in February 2020 on Instagram where she wrote, "This isn't my favorite photo of me & my dad, but it IS one of my favorite memories."

"Happy Birthday to the guy who cries every time he sees the Rockefeller Christmas Tree (but you didn't hear that from me 🤫)," she wrote. "Proud to be your daughter❤️❤️❤️."

2. Her acting debut came on iCarly.

In 2010, Greer landed her first acting role was as a guest star in an episode of the Nickelodeon series iCarly.

The following year she was cast in the MTV series Awkward. as Lissa Miller in a recurring role before being promoted to series regular for seasons three, four and five.

She's also had roles in the ABC sitcom The Middle, Melissa & Joey and An Evergreen Christmas. 3. She often sings and performs covers of popular songs.

Greer has frequently performed covers of her favorite country songs at dive bars before the COVID pandemic shut down several venues.

In February, Greer shared a video of herself performing a cover of "Need You Now" by Lady A.

"Throwback to exactly ONE year ago today when @brianlogandales & I performed a cover of 'Need You Now' in a very crowded dive bar," she wrote in the caption. "Had no idea then that this was the last time I'd perform in public until 🤷🏼‍♀️!"

"Feels like yesterday and a lifetime ago all at once. 😭 OH HOW TIMES HAVE CHANGED 😅😅 #countrymusic #ladya #needyounow #prepandemiclife," she added.

Greer has also performed a cover of "Better Man" by Little Big Town and Faith Hill's "This Kiss."

The actress hasn't hidden her immense love for Disney or its characters, having frequently shared pictures of herself dressed up as Rapunzel from Tangled.

She celebrated the 64th anniversary of the opening of Disneyland in 2019, posting a group photo of herself and friends at the theme park, writing she was her "happiest self" there.

""To all who come to this happy place…welcome!" – Walt Disney⁣⁣⁣," she wrote. "64 years ago today, my favorite place was opened. I'm my happiest self here. I'm constantly inspired and amazed by the magic that exists at Disneyland. No matter your age you leave feeling joyful and like you can do anything."

"Eleanor Roosevelt said "The future belongs to those who believe in the beauty of their dreams" and that sentiment is constantly on my mind every time I watch world of color, or when a firework show ends, or when I see a kid meet their favorite character for the first time," Greer wrote. "I could go on and on forever but my words will constantly fall short so I'll just leave it at I love this place. Thanks for the memories – here's to so many more. Happy Birthday Disneyland ❤️⁣#disneyland #happybirthdaydisneyland."

"One of my favorite qualities of a princess? They always have your back ✨✨✨⁣," she wrote in the caption of a photo in 2019. "Best jacket I own tbh."

Greer appeared as a competitor on Cupcake Wars in 2016.

"Throwing it back to that time I was on Cupcake Wars! 🧁," she wrote in an Instagram post in 2019. "Did anyone see this episode?! I think it aired back in 2016 so it was definitely a bit ago 🙈 Anyway, I've always loved to bake. Ever since I was a little kid. There's something so fun about creating (and especially decorating) something delicious that people can eat and enjoy."

She added, "This experience was so cool because I had been a fan of the show since it first started airing, and was so out of my element which is always so fun for me! #tbt."