Home » TV & Movies » Everything There Is to Know About 'The Crown' Season 5 (Including, Yep, Some Spoilers)

Everything There Is to Know About 'The Crown' Season 5 (Including, Yep, Some Spoilers) 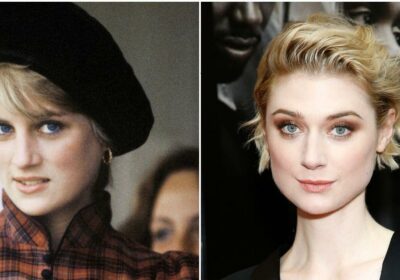 In case the royal family’s present-day drama isn’t enough to quench your thirst, please turn your attention to Netflix’s The Crown. The show’s fourth season mainly focused on the early days of Prince Charles and Princess Diana’s relationship and marriage—plus a bunch of political drama involving Margaret Thatcher. And trust: It left us wanting more. Fortunately, season 5 is coming in just a few months—although please be advised that there will be an entire new cast! Which is somewhat sad news for those of us who are inexplicably attracted to Prince Charles. (NO, I DON’T HAVE TO EXPLAIN MYSELF!)

Here’s everything we know about The Crown season 5…and while, yes, this is technically a spoiler-free zone, please remember that this show is based on things that legit happened! In real life!

Again, we’re getting an entire new group of actors in The Crown seasons 5 and 6, and most of them have already been cast. And we already have our first look at Elizabeth Debicki and Dominic West as Charles and Diana.

I mean…the resemblance is almost too much for me to handle. Here’s who we have for the rest of the cast:

Imelda Staunton will play Queen Elizabeth II in the fifth and final season of The Crown. pic.twitter.com/hUOob58A9p

Lesley Manville will play Princess Margaret in the fifth season of The Crown. pic.twitter.com/R5aZEBOW0t

Jonathan Pryce will play Prince Philip in the final two seasons of The Crown (Seasons 5 and 6), alongside Imelda Staunton and Lesley Manville. pic.twitter.com/zI7NotOfc4

Will Meghan Markle and Prince Harry Be in It?

Ha ha ha ha, no. And don’t get your hopes up for season 6 either because creator Peter Morgan basically has a 20-year rule:

So…What Time Period Will Be Covered?

Each season of The Crown basically spans about a decade, and season 5 will likely take us from sometime in the early ’90s to the early aughts. And a LOT happened in that period.

Not only did Prince Andrew and Fergie split, but Princess Anne and her husband parted ways and Prince Charles and Princess Diana got divorced as well. Most significantly, though, is the tragic fact that Diana died in a car crash in 1997.

If you’ve seen The Queen, you might have an idea of how the show will handle Diana’s tragic death, since The Crown’s creator, Peter Morgan, wrote it.

Will This Be the Final Season?

NOPE! For a moment there, Morgan said season 5 would be The Crown’s last hurrah, but he changed his mind and decided to extend the show—meaning this new cast gets two seasons just like everyone else.

News from the palace: we can confirm there will be a sixth (and final) season of @TheCrownNetflix, in addition to the previously announced five!

Morgan told Deadline, “As we started to discuss the storylines for series 5, it soon became clear that in order to do justice to the richness and complexity of the story, we should go back to the original plan and do six seasons. To be clear, series 6 will not bring us any closer to present—it will simply enable us to cover the same period in greater detail.”

According to the Hollywood Reporter, season 5 is expected to begin filming in 2021. Netflix confirmed this past weekend that it will drop in November 2022. So, yes, we have to wait more than a year between seasons. But Morgan told THR this would have been the case even if we weren’t still living through a pandemic:

We Got Some Spoilers on the Show’s Final Moments

Kay, so technically this is Season 6 info, but according to The Sun, The Crown will end in 2005 with the wedding of Prince Charles and Duchess Camilla. Which yep, means Prince William and Prince Harry will be cast as adults.

“It’s a small but significant shift because it’s seen as marking the start of an era which becomes more focussed on Princes William and Harry and their father,” a source says. “The marriage of Charles and Camilla is treated like the end of one turbulent period in the Windsors’ story, and the start of a whole new one.”

On top of that, this opens the door for a sequel about Charles and his sons, so get ready!