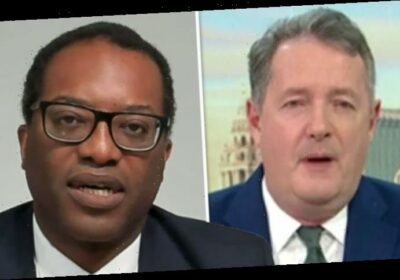 Piers Morgan and Susanna Reid welcomed business secretary Kwasi Kwarteng onto Good Morning Britain to discuss the UK government’s decision to halve the amount of aid given to Yemen while imposing no sanctions on Saudi Arabia who led the intervention in the war-torn country. The GMB presenter pointed out that Saudi Arabia’s Crown Prince Mohammed bin Salman has received no reprimand for the murder of journalist Jamal Khashoggi despite a US intelligence report declaring the Crown Prince approved the assassination.

Morgan began: “[Mohammed bin Salman] doesn’t care whether you’re appalled by him or not.

“What it wants to have done to him surely is what we’ve done to at least 20 Saudi nationals. Foreign secretary Dominic Raab imposed travel bans and assist freezes last year over their involvement with Khashoggi’s death.

“We now know the person that ordered and orchestrated it, was the Crown Prince himself.

“Are you just going to look after the dominions that he ordered to do his dirty work or are you going to apply sanctions and stand up in a moral and ethical way against this Crown Prince who according to the United States government is a man who murders journalists?”

Read more: GMB guest in fierce row on runners ‘Can feel breathing down your neck’ 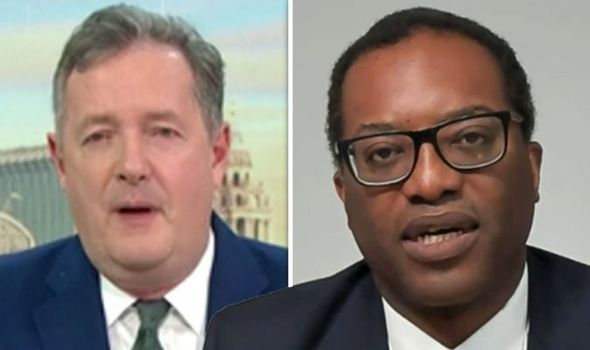 “I think he cares a great deal when Great Britain says to him that some of his behaviour is unacceptable. I think that has a huge impact on him.”

“You think Mohammed bin Salman gives a stuff what a few people in the UK government saying ‘we’re disappointed?’ We should be hitting him hard, shouldn’t we?

“And the reason we’re not hitting him hard is because we make billions selling them arms they then use to brutalise people in Yemen.

“We all know what’s going on here and it’s grubby and hiding behind the fact that the Americans have bottled it too I don’t think is good enough. Where’s our moral compass?”