European Musicians Hit Out At U.S. Streamers Over Buy Outs And Rights Deals 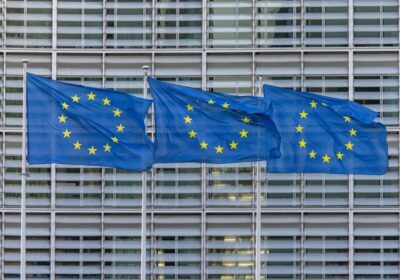 Musicians want the international streamers to change their tune in Europe.

Today, European songwriters and composers met with Members of the European Parliament to express their concerns with how non-EU-based streamers — who include international streamers such as Netflix, Prime Video, Disney+, Apple TV+ and HBO Max — are doing business in the continent.

They raised the alarm about the growing number of buy-out and work-for-hire contracts being imposed on them by the major streamers. In effect, they claim these contracts force them to waive their copyright and/or authors’ rights in full or partially, cutting them out of future royalties.

Producers have been engaged in a similar battle with SVoDs, foregoing future international distribution revenues for their shows and receiving larger upfront production fees in their place.

International SVoD services have successfully used this model for the best part of a decade but the composers and authors claim this “coercive” practice “deprive audiovisual (or screen) composers from an appropriate and proportionate remuneration, as well as the exercise of their moral rights.”

“The issue is about fairness, since refusing such buy-out provisions is very difficult for composers due to the risk of being blacklisted,” said Helienne Lindvall, President of the European Composer and Songwriter Alliance (ECSA), which represents 55 songwriter organizations. “The options are either accepting the terms of a contract, however damaging, and thereby giving away the royalties they should be entitled to receive or losing the opportunity to work in a project handled by a very popular and dominant VOD platform and taking the risk of never working again for them.”

She suggested “EU-wide rules” would “ensure fairness and create real choices for creators.”

Véronique Desbrosses, General Manager of the European Grouping of Societies of Authors and Composers (GESAC), said that to “circumvent fair compensation requirement in Europe, U.S-based VOD platforms rely on the U.S. laws and the jurisdiction of U.S. courts. The intervention of EU decision makers is needed to end this unfairness and ensure that internal market rules are applied to all players.”

Within creative circles, there had been hope the EU’s Copyright Directive would add protection to their work but Irish singer-songwriter Eleanor McEvoy said “those rules are not being applied by the market’s dominant players” because it “doesn’t fit their business model.”

Deadline has reached out to the main international streamers operating in Europe for comment.