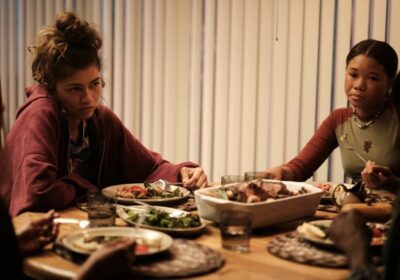 Rue (Zendaya) needed a lot of support to get sober. So when Ali (Colman Domingo) came over to prepare dinner in the second season of Euphoria, fans thought it was his way of supporting Rue. But in more ways than one, that dinner in Euphoria Season 2 Episode 6 was for Ali. Domingo explains all the nuances in the scene fans might not have noticed.

In an interview with Vulture, Domingo talked about the Euphoria episode where Ali stays for dinner. “I thought, ‘This is something Ali needs,’” said the actor.

“He needs this connection as much as they do. Once he met Leslie in episode two, he knew she needed support dealing with her girls. Even if it’s just one moment of human connection — of coming over, making a meal, and talking to one another.”

Domingo called Ali’s presence a “conduit” for opening a dialogue between Rue and her family.

As Ali revealed through his sponsoring Rue, he previously had a family. “It’s kind of beautiful and serendipitous that [creator] Sam Levinson gave Ali a wife and two girls in his past,” Domingo recalled to Vulture. Sitting down to dinner with Leslie (Nika King) and her two girls “[filled] a hole that Ali desperately needs repaired.”

Domingo admittedly doesn’t know if there’s more family dinners for Ali in the future, but that one night was helpful for him. “He knows he can make a difference in some way,” said Domingo.

Gia got something out of Ali staying for dinner too

The dinner after Rue apologized to Ali was also beneficial for Gia (Storm Reid), Rue’s sister. “[Ali] knows the toll [Rue’s addiction is] taking on [GIa],” Domingo said in his interview.

He continued: “We can always draw a line back to one of Rue and Ali’s early conversations outside of a meeting, where he finds out Gia saw her OD. He’s like, ‘Who’s taking care of that?’ He knows everyone is focused on the problem in the family and no one’s ever thinking about the other person who’s hurting — no one’s giving attention or love to her.”

Instead of everyone’s energy solely going to her drug-addicted sibling, Leslie, Ali, and Rue acknowledged Gia’s presence at that dinner. Moreover, Ali let her know she was justified in any anger she felt toward her sister.

According to Domingo, Euphoria creator Levinson encouraged the cast to lean into the awkward silences in that dinner scene since it was unconventional to have a father figure present at the table. “It’s OK if you need to take a moment to digest before you react,” Domingo recalls Levinson saying. “It’s all new for this family and it’s new for Ali as well, so it’s okay to respond in a way that’s unique.”

Behind the scenes, Domingo said he had conversations with King, Reid, and Zendaya so they could get to know each other. When fans saw them laughing, talking, and “enjoying each other,” those moments were authentic. “There was something really natural happening, so we could really let the scene play out,” said Domingo.”

Watch the first two seasons of Euphoria on HBO.