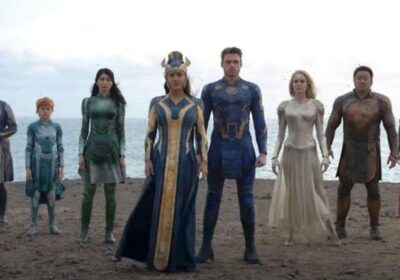 Ikaris is the tactical leader of the Eternals, or at least this is his role in the comic books. As Kevin Feige confirmed earlier this year, he and the character of Sersi are the main leads for the upcoming film. As a result, fans are more concerned than ever about who plays him.

One of the two main characters in the Eternals, Ikaris, is played by Richard Madden.

Richard is famed for his role in The Bodyguard, the BBC drama which set many hearts aflutter, as well as his portrayal of Prince Charming in the live-action version of Cinderella.

Now, he is moving to the superhero world as Ikaris, the tactical leader of the Eternals who has some incredible abilities. 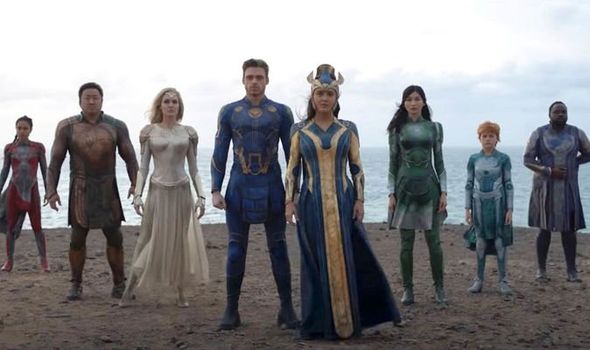 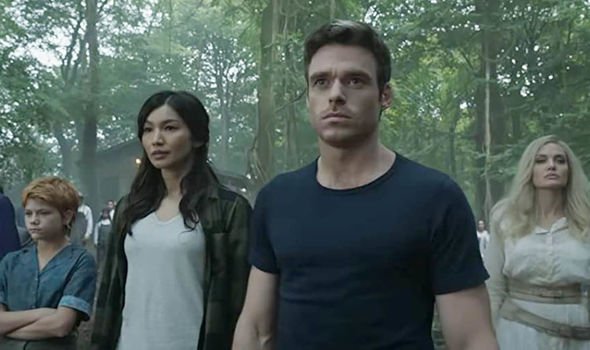 If the MCU version of Eternals is similar in any way to the comic books, fans are in for a treat when it comes to Ikaris.

According to character descriptions which appeared online before the teaser, via clothing brand Redwolf, Ikaris is: “…the tactical leader and most powerful Eternal and takes pride in keeping the other Eternals safe.

“Moral, kind and charismatic, Ikaris boasts the power of incredible strength, flight and the ability to project beams of intense cosmic energy from his eyes.

“When the monstrous Deviants return after centuries, Ikaris leads the charge to unite the scattered Eternals to stop the new threat.”

The Deviants are the longstanding enemies of the Eternals after a battle between them led to a tragedy. 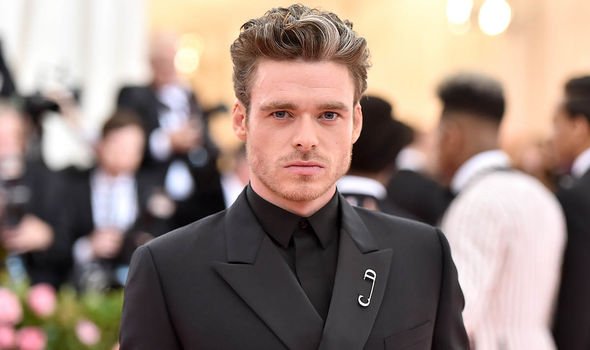 In the comics, Ikaris’ backstory goes even further back than ancient Greece, though it is here he falls in love with a human woman, with whom he has a son, Icarus.

He builds his son mechanical wings so Icarus can fly with him, but when he disappears to fight the Deviants, Icarus goes looking for his father.

In doing so, as the ancient Greek myth tells us, he flies too close to the sun and dies, falling to Earth.

Of course, the Marvel version has somewhat altered the story, but this is the genesis of Ikaris’ name. 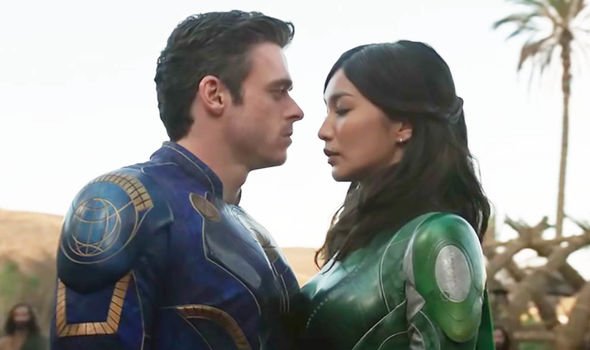 As well as that, one iteration of Ikaris in the comics sees him as a villain, which, given the villain of Eternals is not yet clear, could be an interesting twist.

While he is seen in the teaser to be laughing and joking with the group about the Avengers, it may be he is the villain of the piece.

Though in the comics, this only took place when he was controlled by the Kree, who use the God’s whisper to use him.

We met the Kree in Guardians of the Galaxy as well as in Captain Marvel, so it may be they have returned, adding further peril as one of the most powerful gods turns bad.

In the teaser, Ikaris also seems to have moved on from his human lover to another Eternal, Sersi, played by Gemma Chan.

Sersi is far more empathetic with the human race compared to the others, and cares far more for them, wanting to intervene in their lives.

She poses as a museum curator in the film and has a longstanding love affair with Ikaris, as is shown in the teaser.

However, in the comics, this is never the case, and in fact the Black Knight (played by Kit Harington) who is also seen in the teaser, is really Sersi’s lover.

If Ikaris really is to be a villain, it may be the fury felt by being scorned by his lover could be enough to change him – but fans will have to wait until the film comes out for confirmation.