Home » TV & Movies » Emmys Red Carpet: See How the Guys Are Standing Out With the Edgiest Looks (Photos)

Emmys Red Carpet: See How the Guys Are Standing Out With the Edgiest Looks (Photos) 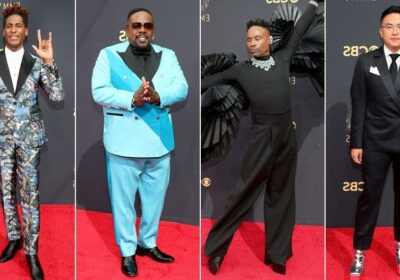 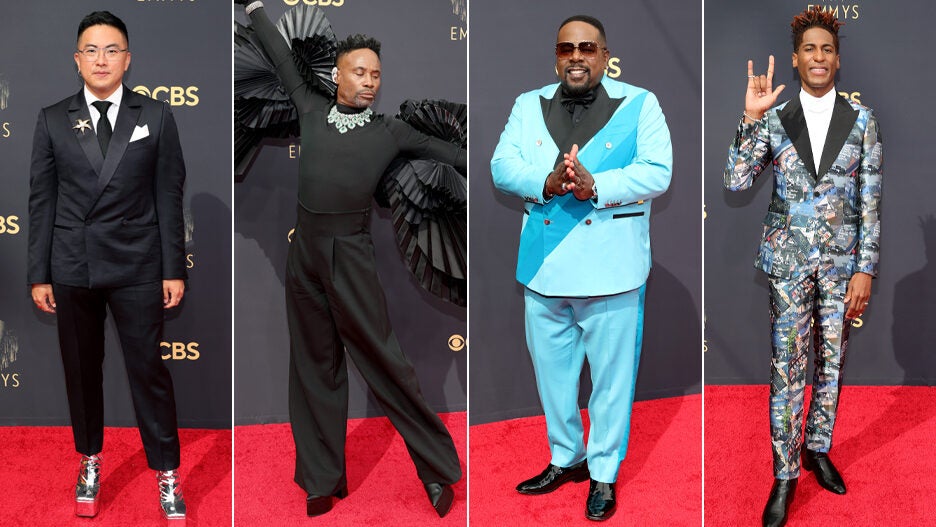 After decades of boring tuxes, men’s fashion has finally upped its game on Hollywood red carpets, and the walk-up to the 2021 Emmy Awards was no exception. Check out some of the night’s more eye-catching looks.

“The Handmaid’s Tale” star and supporting actor nominee O-T Fagbenle in a red and black suit inspired by the Nigerian agbada.

Outstanding Lead Actor in a Drama Series nominee Billy Porter in custom Ashi Studio. “This was supposed to go all the way to the floor,” the “Pose” star told E!’s Karamo Brown.

“This Is Us” actor Chris Sullivan and wife Rachel Sullivan in matching animal prints.

“The Crown’s” Josh O’Connor in a Loewe suit and flower tie.