Tonight’s Emmerdale could mark the start of Graham Foster’s (played by Andrew Scarborough) plan to bring Joe Tate (Ned Porteous) back to the Dales.

Jai Sharma (Chris Bisson) was devastated to find out what Kim Tate (Claire King) was prepared to do to the Sharma family’s sweet factory after the tragic fire.

The businessman found out Nicola King had sold her one percent share of the business to newcomer Al Chapman.

This means Kim and Al now own the majority share of the factory and therefore all business decisions will be made by them.

In tonight’s episode, the pair unveiled their plans for an adventure park where families can come and enjoy the village’s surroundings.

They went on to tell the sweet factory workers there may also be some redundancies as they decide what to do with their new business.

Unsurprisingly the workers weren’t too impressed and begged Jai to help them but due to Nicola’s betrayal he’s in no position to do so.

Later, as Kim, Al and Jai went to look at the site of the burnt down sweet factory, Jai lashed out Kim.

But she warned him not to step out of line as he now owned the minority stake in the business.

Graham held Jai back to prevent Kim from being hurt but as he saw how devastated the businessman was, could it lead him to take the action needed to stop his boss from ruining the sweet factory? 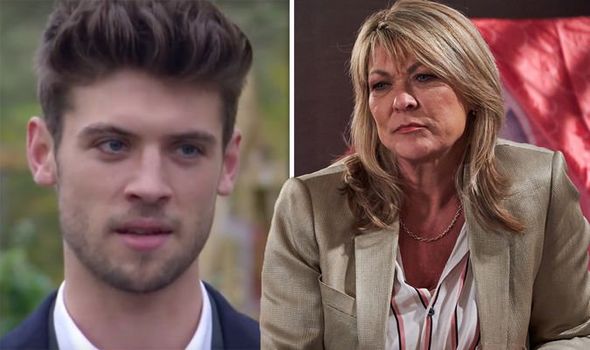 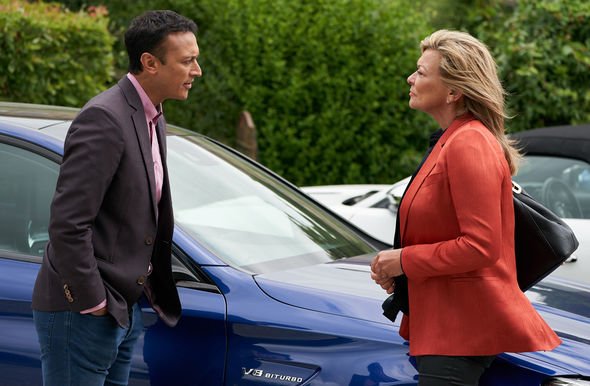 Graham knows Joe is hiding out in Monte Carlo after Kim tried to have him killed last year – will he tell Joe everything and expose Kim’s plan?

Joe has yet to return to the village to take revenge on Kim but now would be a great time for him to swoop in and help out Jai and the rest of the villagers.

It’s not the first time it has been speculated as some fans are convinced Joe will return with Debbie Dingle (Charley Webb).

Debbie is currently in Scotland setting up a garage left to her and Belle Dingle (Eden Taylor Draper) by Lisa Dingle (Jane Cox).

But fans believe when Debbie finally returns to the village, Joe will come back with her. 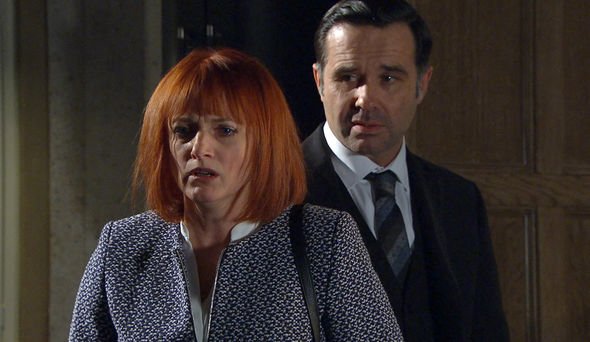 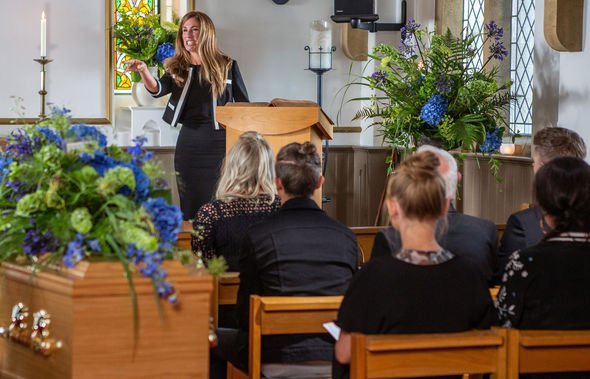 Megan believes there’s nothing left for her and daughter Eliza in the village so decided to head up north.

She revealed she’s heading to Newcastle to send Eliza to a good school and set up her wedding business again.

While Jai wasn’t too happy with her decision, he eventually arrived to support her and wave her off.