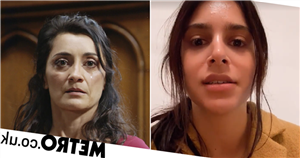 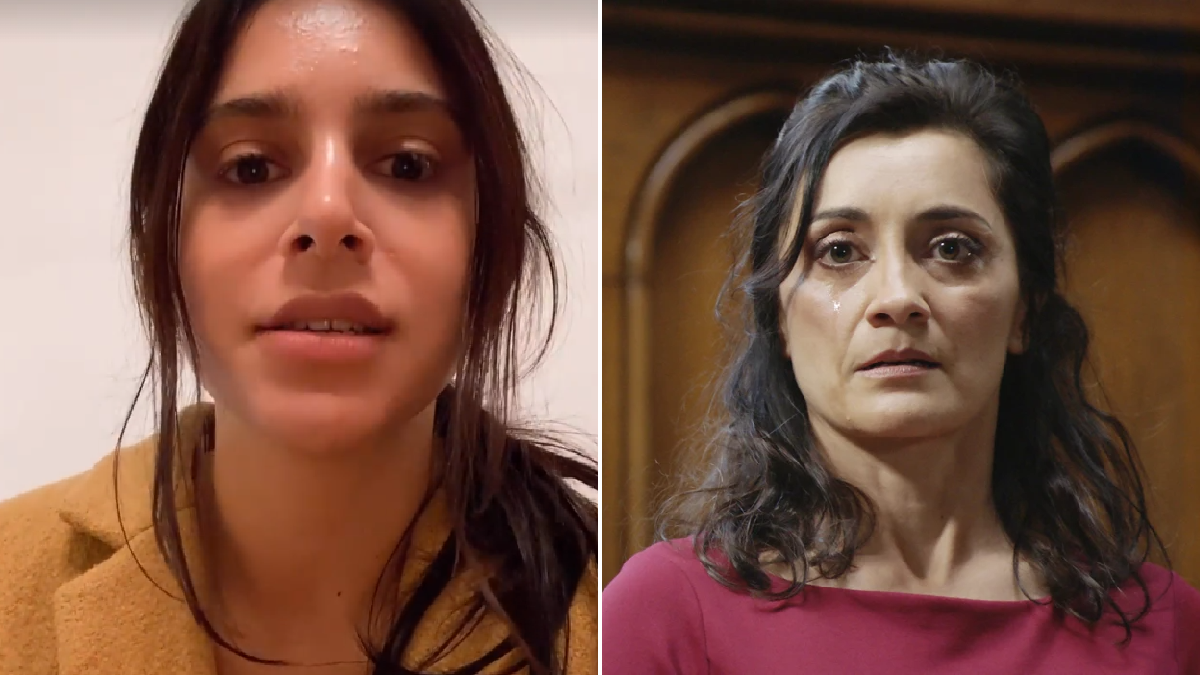 Emmerdale star Paige Sandhu is full of praise for her co-star Rebecca Sarker following the intense trial scenes in last night’s episode of the ITV soap.

Paige’s character Meena is currently in the middle of her court trial after being arrested for the murders of Ben, Andrea and Leanna.

Yesterday, Meena’s sister Manpreet took the stand to tell the court how her serial killer sibling held her hostage and confessed to her crimes.

While Manpreet started strong, she soon fell apart when the defence started questioning her on her history of lying, commenting on the time she faked her identity.

After the episode aired, Paige Sandhu uploaded a video via her Instagram stories, wondering what people’s thoughts were and also gave her thoughts on Rebecca’s performance.

‘I remember when we were filming it, she [Rebecca] did her shot last. She was waiting a long time to get to the shots on her – and she got it in one take! Tears streaming, glorious, glorious acting, showing the rest of us up as she usually does.’

Tonight, all eyes are on Meena as she will take the stand to have her say.

But she’s determined to walk free and is set to portray herself as the victim, trying to convince the jury it’s Charles (Kevin Mathurin), Liam (Jonny McPherson) and Manpreet who should be behind bars.