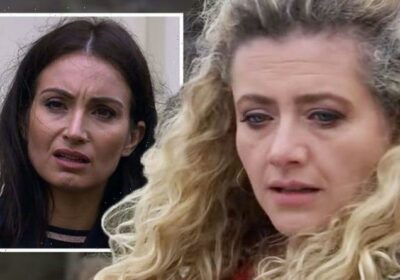 Maya (played by Louisa Clein) caused a serious amount of damage during her stint on Emmerdale, which included bedding her partner David Metcalfe (Matthew Wolfenden) and his stepson, Jacob (Joe-Warren Plant). The result of this saw her jailed for several months for grooming the teenager and the ITV soap villain giving birth to her son, Theo, who she left on the Metcalfe’s doorstep on Christmas Day 2019. Having traumatised her child and for making him believe he was a father, Leyla Harding (Roxy Shahidi) is gunning for revenge so if Maya does return to the scene of her crimes, will she end up dead?

Since she left Theo in the village a year and a half ago, Maya has not been heard of or seen since, which has allowed Jacob to progress with his life.

The teenager has been absent from the show for the past six months as he went to visit his auntie, Alicia Gallagher (Natalie Anderson) in Spain but he is set to return very soon.

David has been swept up in a romance with Meena Jutla (Paige Sandhu) and Leyla has built a relationship with Maya’s former lover, Liam Cavanagh (Jonny McPherson).

In upcoming scenes on the weeknight serial drama, the doctor will ask his girlfriend to marry him in what would be his second wedding since divorcing the villain.

However, if Leyla accepts the proposal, her happiness could be short-lived if her son’s abuser arrives back on the scene. 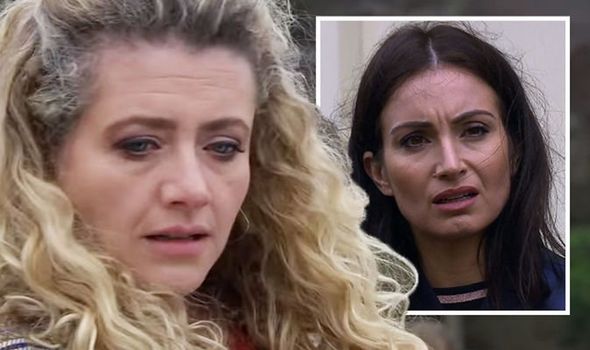 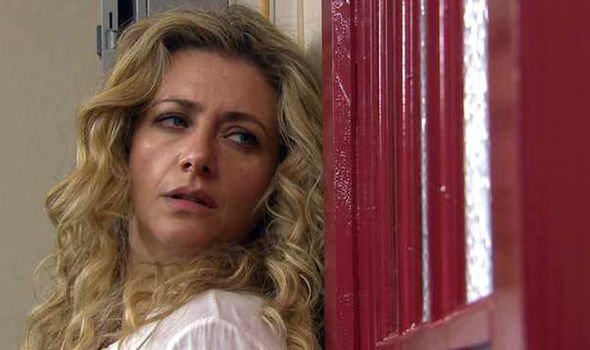 Speaking with Express.co.uk and other publications, the actors who play Leyla and Liam, Roxy and Jonny respectively, have voiced their thoughts on Maya returning.

Roxy explained of her character’s reaction: “I think it would make her blood run cold and I think she’d do absolutely everything in her power to get rid of it as quickly as possible.

“I mean I don’t think she’d necessarily try and kill her again. But I think she’d stop at nothing to get rid of her.”

Jonny added: “I mean [Liam] obviously, unwittingly married a paedophile and it’s just another mark of how blind he’s been to throwing himself into the love.” 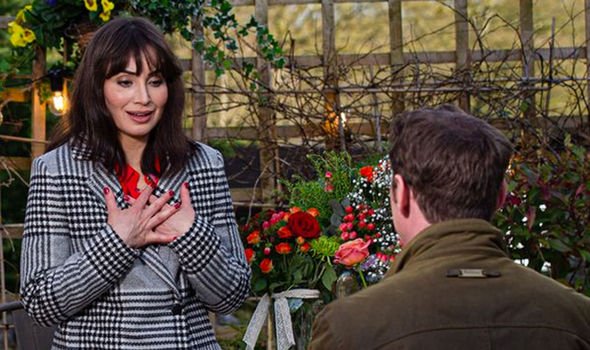 “Also, he ended up inflicting [Maya] on the village and wreaking havoc in so many people’s lives; Jacob and Layla included,” Jonny continued.

“Which kind of went some way to explaining why [Layla suspected him of grooming Gabby [Thomas], so I think he’d feel horrendous guilt.“

With both stars of the show expressing his much they dislike the villain, they could join forces to take her down once and for all.

Not wanting their wedding day destroyed by Maya’s return, the couple could agree to persuade her to leave. 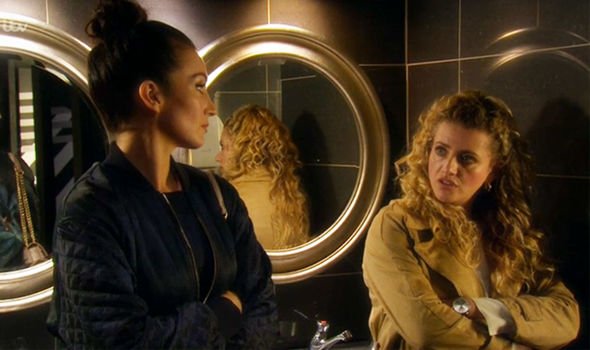 In the dead of nightfall and knowing Maya would be wanting contact with Theo, they could ask her to come around to the house whilst they supervised.

With the villain making it clear she wouldn’t be leaving the village, the bride and groom-to-be could lock her inside the house.

As there would be no means of escape possible, Liam could take baby Theo upstairs as Leyla and her son’s abuser have one last confrontation.

Unfortunately, as things turn heated, Jacob’s mother could end up lashing out at the child groomer in a rage and murder her.

Although she might not have thought she had it in her, Leyla would be guilty of murder and would need Liam’s help to dispose of the body.

The pair could take the corpse to the woods and bury her and knowing no one would be looking for her, they would have committed the perfect crime.

This would mean they could live their lives together as a married couple without any more interference from the villain.

However, secrets don’t stay harboured in the village for long so who would find out about the deadly revenge, and will they keep quiet for the sake of the married couple?

The actress who played Maya, Louisa, 42, has previously addressed whether she would ever return to portray the character once more.

Speaking back in 2019, she said: “I’ve left Emmerdale. There’s certainly room for the story to develop, who knows what’s going to happen.

“I think that we purposefully made this story go for a long, long time and I think there will be long, long repercussions with Jacob, David, with all the people in the village so who knows.

“Emmerdale is the most amazing place to work,” she told Metro.co.uk so fans will have to keep their eyes peeled as to whether the villain will make a sinister comeback.