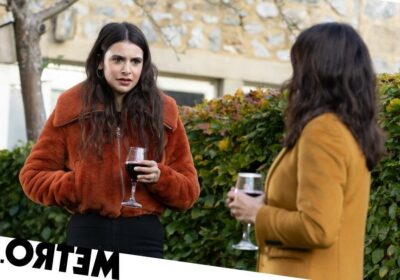 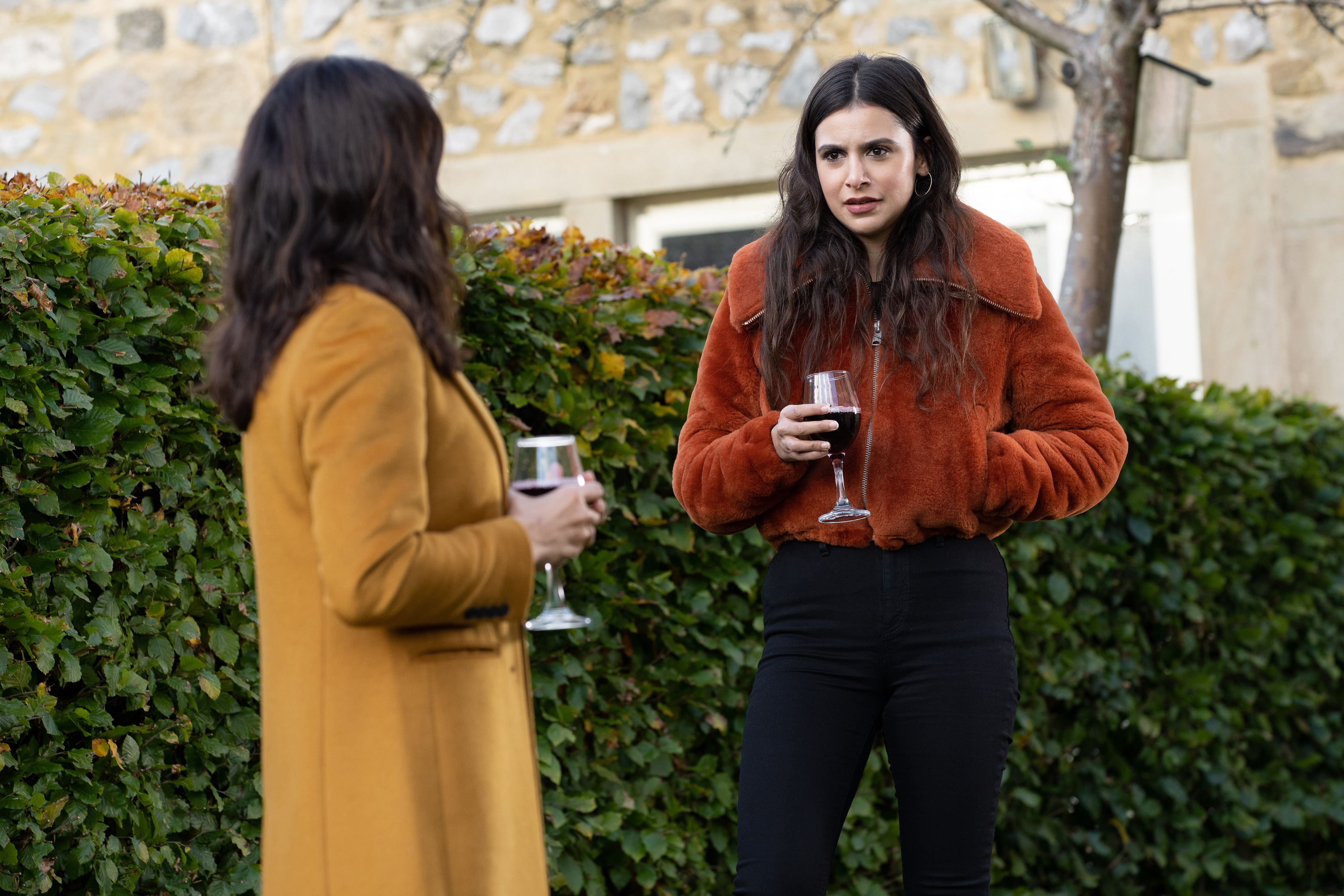 Manpreet Sharma (Rebecca Sarker) wouldn’t trust Meena Jutla (Paige Sandhu) as far as she could throw her in Emmerdale – she knows that her sister is a liar, schemer and mischief maker.

But does she have any inkling that she is a serial killer? Not at all. Well, until now anyway.

Cast your mind back to Leanna’s discovery that Meena killed her friend, who she had lied had taken her own life.

Leanna was killed because of the knowledge but Manpreet is about to get information that will lead her to the earth shattering revelation that she knows nothing about how dangerous Meena is.

Manpreet is suspicious of the pregnancy and later stumbles across a social media page for Nadine’s (Meena’s past victim) sister, Carol, and apprehensively clicks the ‘send message’ button.

Manpreet meets up with Carol and is utterly floored to discover that Carol believes Meena murdered Nadine.

Reeling from the discovery, Manpreet struggles with the idea that her sister is a murderer and initially regrets contacting Carol. Meena later meets an unknown driver on the Main Street and exchanges cash for a dodgy package.

Has she discovered what Manpreet has found out?

Later, a showdown explodes between the two sisters and Meena realises that the game is up.

Manpreet demands answers and asks to see proof of her faked pregnancy. Believing her sister has crossed a line, Meena darkens as Manpreet begins to realise that Carol may have been right all along. Meena stalks Manpreet with a broken bottle. Will Meena kill her sister to keep her secrets?