Emmerdale’s Mandy Dingle (played by Lisa Riley) hasn’t had the easiest time getting used to having Paul Ashdale (Reece Dinsdale) around as he hopes to make up for lost time with his biological son Vinny (Bradley Johnson). But it’s set to get a lot worse for the unruly mother as Vinny appears to choose his dad over her.

Since Paul’s arrival in the Dales, Mandy has been competing for her adopted son’s affections and her efforts are becoming tiresome.

Caught in the middle of his parent’s bitter war, Vinny has tried to remain impartial but he loses his rag with his mother in upcoming scenes which will see him turf her out the house.

In the build up to making that big decision, Mandy is determined to prove to him that his dad is an untrustworthy, good-for-nothing deadbeat, and sees the perfect opportunity to stitch him up.

As David (Matthew Wolfenden) announces the ‘find the ball’ competition winner, she catches Paul eyeing the envelope full of donations that have been collected. 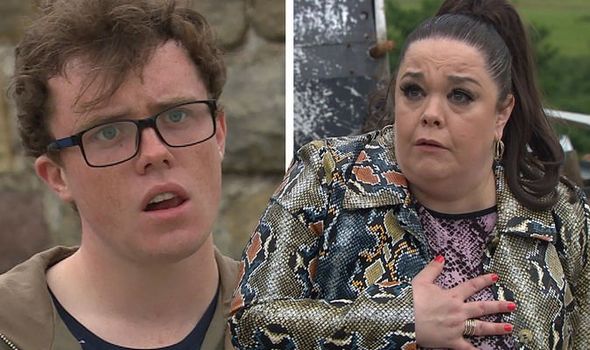 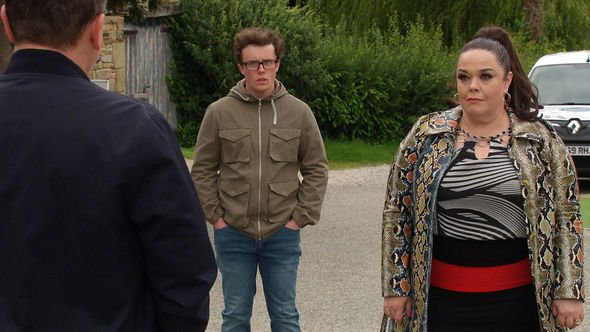 When the envelope mysteriously goes missing, the loud-mouth Dingle is the first to point the finger and of course, blames Paul for its disappearance, much to Vinny’s dismay.

Paul is sickened by her accusations and vows he wasn’t responsible.

With Mandy almost certain he had something to do with it, she’s left red-faced when David finds the cash after misplacing it in the shop.

As her plan crumbles before her eyes, Mandy’s actions get her in hot water with Vinny and he tells her not to make him choose between her and Paul. 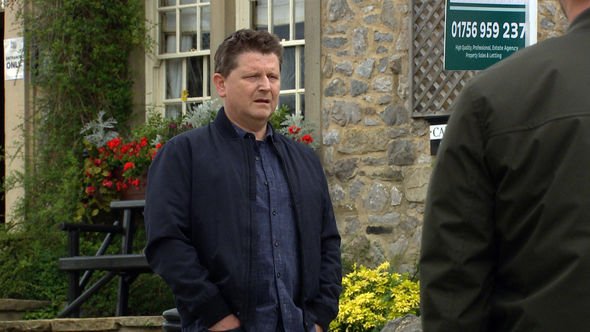 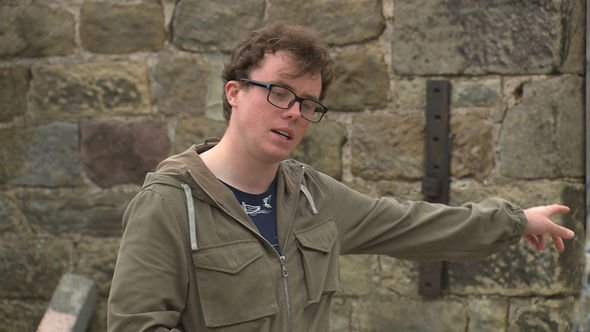 Knowing she has screwed up by falsely accusing Paul without any evidence, she desperately tries to apologise for her mistake but the damage is done.

Vinny has grown tired of his mother’s plans to cause a rift between him and his dad and leaves her heartbroken by sending her packing with her tail between her legs.

Did Mandy go one step too far in her mission to protect her son?

Has Vinny now made his choice between his warring parents?

As Mandy licks her wounds and reflects on how her actions have affected the one she loves most, something more sinister could be underway.

We already know he had a dodgy past, which is one of he many reasons Mandy is so cautious around him.

Is he’s really as reformed as he claims to be?

Or has he got something to hide after all?

As for Mandy, what she does now is up to her.

Will she find a way to make it up to Vinny?

Or will she be looking for more permanent accommodation?