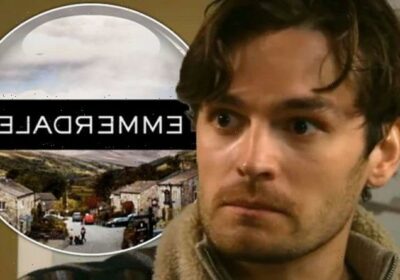 Emmerdale: Mackenzie says he and Aaron are a ‘dynamic duo’

Mackenzie (played by Lawrence Robb) hasn’t made the wisest of decisions since he arrived in the Emmerdale village last year. This has included affairs, crossing the likes of Cain Dingle (Jeff Hordley) and getting involved with a life of crime. However, scenes airing next week on the ITV soap could see him make his biggest mistakes yet as his troublesome ways result in an incident involving Eric Pollard (Chris Chittell) but could this be the end of the stalwart?

The drama begins as Mackenzie decides to have a snoop around Pollard’s Barn and he manages to sneak away with a few possessions.

Later, he is caught by new housemate Ryan Stocks (James Moore), who catches the troublemaker walking around in the late Val Pollard’s (Charlie Hardwick) coat.

Knowing the coat is a treasured item of Eric’s, the youngster urges Mackenzie to return it and threatens to call Cain if he doesn’t listen.

One day later and Ryan still isn’t impressed with his housemate’s behaviour, leading him to wonder whether he should get Cain involved after all.

At the same time, Eric is considering giving things another go with Faith Dingle (Sally Dexter) but is worried about how Brenda Walker (Lesley Dunlop) will react. 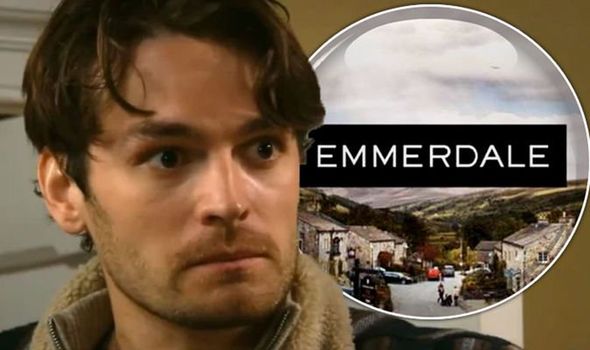 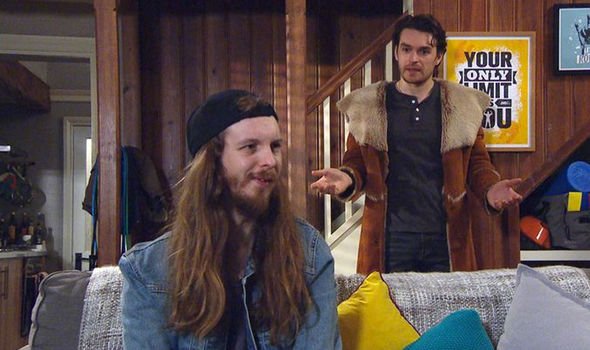 It’s not long before he is interrupted by Mackenzie, who is willing to return Val’s coat for Aaron Dingle’s (Danny Miller) freedom.

A few weeks ago, the young Dingle man was accused of robbing Pollard’s barn although, he was actually returning something Mackenzie stole.

Aaron has therefore been on the police’s radar ever since and feeling somewhat guilty for the part he played, Mackenzie wants to make amends.

Unfortunately, things turn sour when Eric begins to suffer pain and collapses to the floor following an angina attack.

As the stalwart lies on the ground, the troublemaker contemplates leaving the stalwart to die as he knows he was to blame for the onset of the attack. 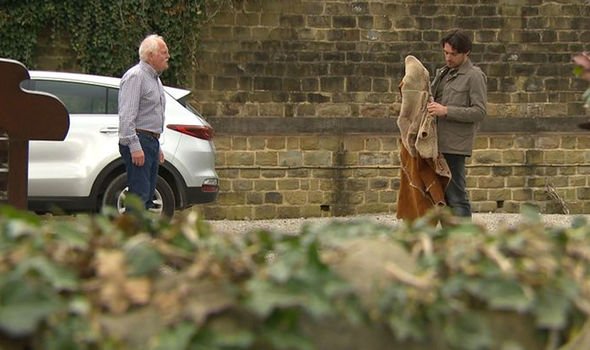 After some deliberation, it will seem Mackenzie listened to his conscience as Eric will be seen lying in the hospital making a recovery.

Faith is the first person to visit the pensioner but her hopes of restarting a romance with her former lover are soon dashed.

This is because when the stalwart comes around, he calls out for Brenda and the matriarch of the Dingle clan knows this means he still loves his most recent partner.

With the beloved character in the middle of a triangle, Mackenzie thinks he has a plan to solve all his problems. 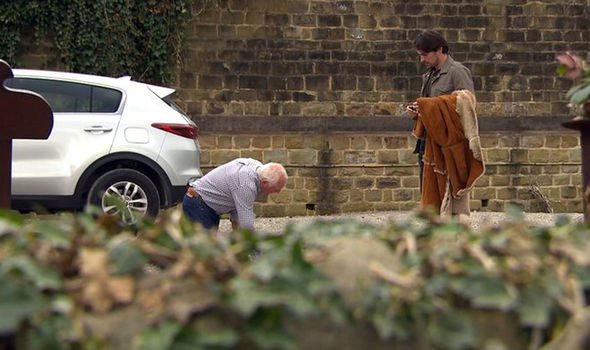 Get that Mackenzie off my television

It’s not yet been revealed what this is but it could include pushing Eric to the point where he is killed after several more angina attacks.

Knowing the pensioner now has a weakness, the troublemaker could use this to his advantage as he continues to cause trouble for the stalwart.

Needing the pensioner out of his life for good, Mackenzie could drive the beloved character into an early grave as he refuses to leave him alone.

Having had several attempts made on his life before, could Eric’s luck be set to run out as he’s inadvertently killed by Mackenzie?

Unfortunately, although he could get rid of the pensioner, this would also lead to the troublemaker’s exit from the village.

Knowing how gossip spreads, Mackenzie knows he could be one of the suspects the police want to talk to with regard to the killing.

Needing to make a run for it, the troublemaker could say his goodbyes before leaving his life in the village behind him.

With no family and friends around him, Mackenzie could move abroad to make sure he evades the authority for the part he could play in Eric’s death.

However, his sister Moira Barton (Natalie J Robb) could face some tough questioning from her neighbours as to where her brother is.

Will an exit for the troublemaker cause more trouble than it’s worth? Or will Mackenzie do the right thing and own up to his crime?

Taking to Twitter, viewers have been expressing their opinions on Mackenzie and what he could get up to in the village next.

One wrote on the social media platform: “This Mackenzie seems to have more criminal connections than The Krays! #Emmerdale.”

Another posted: “Aaron stop covering for MacKenzie @emmerdale #Emmerdale surely the Dingles can take him out, more contacts outside and inside.”

Whilst a third commented: “Ugh for f***s sake. Get that Mackenzie off my television. Absolutely ridiculous storyline #Emmerdale.”

“Mackenzie is so cocky but so funny #Emmerdale,” a fourth shared, with a fifth stating: “I love Mackenzie. @lawrencejarobb is too funny. #Emmerdale.”