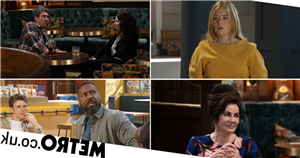 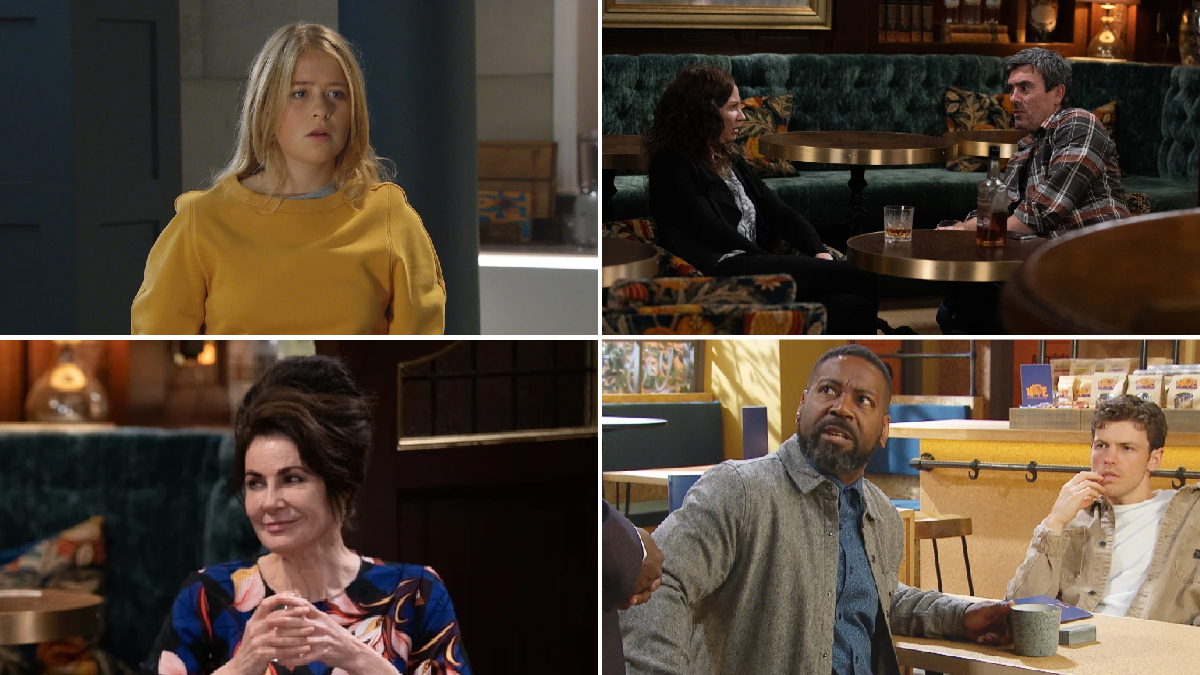 Emotions are running high in Emmerdale as the aftermath of Faith Dingle’s (Sally Dexter) decision leave her family reeling.

In a night of the souls, tense brother and sister Cain and Chas (Jeff Hordley and Lucy Pargeter) reflect on the situation and delve into the past.

But can they be there for Faith and respect what she has decided?

Elsewhere, there’s a blast from the past for Charles Anderson (Kevin Mathurin) and Liv Flaherty (Isobel Steele).

And both arrivals cause huge tension…

Charles and Ethan reconcile after their recent fallout. Charles is soon shocked when Ethan gets news from his mum that his sister Naomi has gone missing.

Charles is racked with guilt to realise Naomi’s disappearance is likely down to his refusal to meet her. He feels responsible for not being there for her. In church, a desperate Charles prays for her safety.

While helpful Marcus digs around for information on where to find Naomi and soon Charles is stunned by a picture Marcus has found of her. Upon seeing it, Charles is left determined to find her.

While David is seemingly determined to continue his insurance fraud. But when Jacob and Priya make their opposition to David’s behaviour clear. He shows a flicker of regret.Will he continue with his fraud and to ostracise those close to him?

It is the day of Faith’s scan and Moira encourages Cain to accompany his mother. Later, Chas is furious that Cain just sat drinking in the Woolpack while Faith went for her scan and Moira’s heart sinks Cain hasn’t stepped up for his mother.

Back home, Moira makes a heartfelt plea for Cain to be there for Faith. Has she finally got through to her husband, even just a little?

Matty is acting moodily, but what is he hiding?

Nicola starts to show signs of confidence when comforting Bernice coaxes her out of the house.

Manpreet returns and learns Charles has gone looking for his missing daughter.  But whilst out searching Charles hits another dead end. Back in the village, Ethan reflects on what having Naomi as a part of his life would be like.

Later, while searching a bar, Charles is overwhelmed when he spots Naomi. As he witnesses her arguing with her bar manager, Charles jumps in to defend her and pushes over her boss in the process. Naomi’s bewildered when Charles lets slip she’s his daughter. But how will Naomi react?

When Matty gets wind that Amy has been asking Ryan about it he snaps and a chair is sent flying. Moira does her best to appease, aware of the real reason.

The next day there is a slight thawing from Cain when he delivers Faith a card made by Isaac and later makes an effort to speak to his mother.

Bitter Chas isn’t convinced this is enough while Moira is happy just to see them talking. Chas is left on a knife edge when the doctors call Faith and tell her to come in to discuss her scan results.

At the hospital, Faith and Chas await the oncology appointment and soon receive the news her cancer has spread. Chas is left tearful when Faith decides she’s refusing further chemo.

Chas pleads with Faith to reconsider but ultimately is forced to accept her mother’s decision. Back home, Chas ignites at Cain’s apparent indifference to Faith’s decision to stop her treatment.

Outside The Hop, Chas and Al share a passionate kiss. Although reluctant to take advantage of Chas at first, Al soon relents, allowing Chas to use him to escape her problems.

When Liam questions Leyla on her drinking she uses Priya as cover but soon when Priya reveals to Liam they weren’t celebrating last night he’s concerned.

Moira implores Matty to be honest with Amy

Moira attempts to talk sense into Cain, knowing he’ll have regrets if he doesn’t reach out to his mother soon. Soon Cain asks Chas for a private chat and a poignant night ensues…

As Faith heads to disclose her news and decision to her friends Pollard and Brenda. It is an emotional heartfelt night as the three friends sit up late as Faith reflects on all her regrets regarding Cain. Meanwhile, alone with Chas, Cain shares his traumatic memories of his past and the damage Faith inflicted on him. Chas can see Cain’s real pain.

As they reminisce through the night these siblings bond and Cain agrees to make an effort regarding Faith. They depart on good terms after a long night together. But has this night of sharing made a difference to this mother and son?

When Liam quizzes her again, Leyla uses grief over Leanna as a cover but she’s left unaware this has only fuelled Liam’s growing concern.

Leyla panics when Liam suggests he knows why she lied about being with Priya the night before. And soon sets out his thoughts. Later, Leyla returns home to a sleeping Liam and places her bags of coke on the table, seemingly preparing herself to confess the truth. But will she?

Liv’s stunned when mum Sandra turns up, supposedly to seek help with her drinking but is Liv best placed to help her mother and is Sandra really wanting help? Is it all as it seems?

Excited Chas receives a message from Al and soon confirms the details of their secret meet-up.