Dawn (played by Olivia Bromley) left the Emmerdale village a couple of weeks ago after her ex-boyfriend Billy Fletcher (Jay Kontzle) discovered she had slept with his younger brother, Ellis Chapman (Aaron Anthony). The one-night stand came as a result of the mother-of-one harbouring the secret she had killed DI Malone (Mark Womack) several months ago and buried his body in the local graveyard. However, having been away from the action, the troubled character’s surrogate mother Harriet Finch (Katherine Dow Blyton) returned during Friday’s instalment of the ITV soap. Suddenly realising the drug addict was nowhere to be seen, the vicar told Will Taylor (Dean Andrews) their daughter could meet her maker very soon, suggesting viewers might not see her exit.

Stepping foot back in the village, Harriet first bumped into neighbour Laurel Thomas (Charlotte Bellamy), who explained Dawn had done a runner.

The vicar then ordered her partner to get inside the house so they could talk about how, when and why their daughter suddenly disappeared.

Will explained the story about the mother-of-one having an affair with Ellis was all a facade as she was actually struggling with the guilt of killing Malone.

“Where is Dawn now?” the vicar asked, to which the father-of-one admitted he had no idea where she was and told his partner Dawn had left her son, Lucas, behind.

“She’s out there alone? Have you looked for her?” Harriet inquired in disbelief, with the mechanic adding: “I’ve driven around as much as I can and called but she doesn’t answer.” 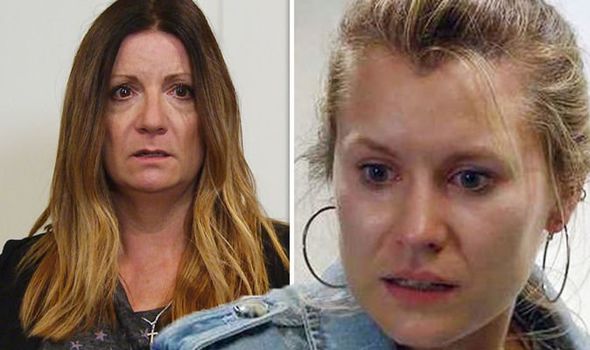 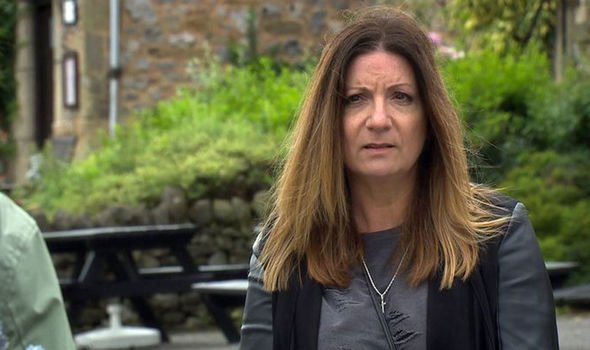 “What good’s that? You should be pounding the streets asking people,” Harriet declared as she lost her temper with Will.

“You know what happens when she’s out there on self-destruct. She could be back on the drugs by now,” the vicar explained before walking out the cottage.

The mechanic asked her what she was doing, to which his partner replied: “Going to look for her. If your daughter ends up dead with a needle in her arm, it’s down to you.”

By the end of Friday night’s episode, the vicar still hadn’t found her surrogate daughter and returned home, dismayed by her failed mission. 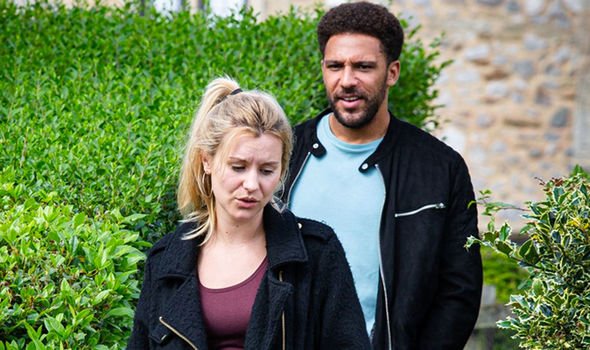 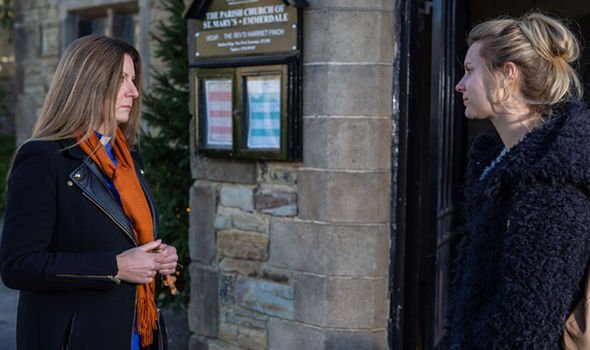 If your daughter ends up dead

Once again, Harriet lost her cool with her partner as she told him he should have called her to help look after Dawn.

Will hit back as he replied: “Who’s fault is it she’s missing anyway? Malone only stayed sniffing around here because of you.

“If you hadn’t of been sleeping with him, Dawn would be with Lucas now,” he continued, with the vicar stating their relationship troubles had to take a back seat and they should be thinking of their daughter’s safety.

After their row, the vicar looked more defeated than ever as she believed she might never see the troubled character again.

However, she made one last attempt to make contact by making a phone call to Dawn to see if she could get some sense through to her.

Leaving a voicemail, Harriet said: “It’s me again. I’m back home now with Lucas. Me and your dad are doing our best but it’s you he needs.

“Whatever’s gone on, we can face it together. It’s your son who’s important,” she added, before making a plea for the former drug addict to come home.

With the mystery over her disappearance worsening by the day, could Harriet and Will learn their daughter’s body has been found after taking an overdose?

Both the vicar and the mechanic would be left devastated as they would feel they let her down and could have done more to help her with her struggles.

Viewers know Dawn has always had difficulties with her addiction to drugs, so she might have got mixed up with the wrong crowd.

Or, could the mother-of-one have faked her own death to try and evade the risk of being put behind bars for murder?

With Malone’s body yet to be discovered, if the corpse is finally found, she would be out the picture of who could have possibly killed him.

But where would that leave her parents, who would become prime suspects in the case?