Chas Dingle (played by Lucy Pargeter) and Paddy Kirk’s (Dominic Brunt) relationship has been on the rocks this year following baby Eve’s birth. The Emmerdale favourites had a turbulent time settling with their daughter and learning to adapt their lives to the needs of an infant. So much so, they have naturally drifted apart. Paddy’s anxiety has also played a role, and while Chas has tried to be as supportive as she can for her partner, he is still struggling to not control every aspect of their life. In scenes which aired tonight, did Chas drop a cryptic clue that all is not well between her and Paddy and in fact, she has been entertaining herself with a man on the side?

“Can you not turn that on silent?” Chas asked Bob Hope (Tony Audenshaw) who was sitting in the Woolpack with his phone constantly buzzing.

Bob explained: “It’s that dating site your Aaron set me up on – it’s been going like the clappers all day!”

Moving closer and cleaning the bar as she went, Chas peered over and Bob continued: “Honestly, some of these messages they need an adults-only warning on them.”

With her interest piqued, Chas remarked: “Let’s have a look!” 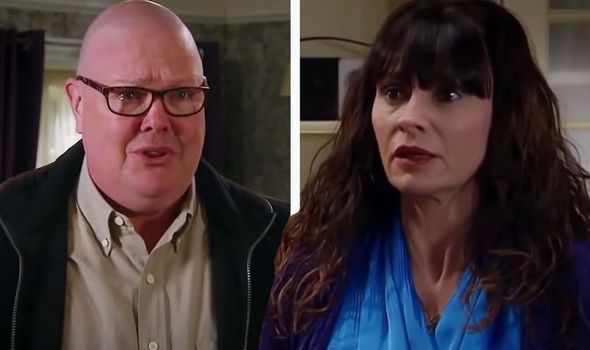 “I only asked if she had any hobbies!” Bob revealed and Chas’ reaction was priceless.

They were interrupted by Aaron Dingle (Danny Miller) arriving with Kyle and Isaac in tow.

“Ah, it’s the baby whisperer,” Chas remarked in reference to her son babysitting once more.

“Have you seen Cain?” Aaron asked. “Half an hour he said and then he leaves me a garbled message saying he wants this one picking up as well.”

Bob interjected: “Aaron, you’ve got to get me off this site! 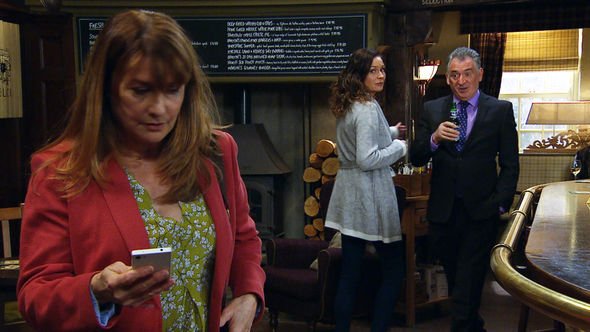 “Listen, mate, what’s a safe word, why do I need one?” The father of seven asked and Chas was seen smirking, clearly understanding what was being discussed.

“See this here? I didn’t even think it was legal. This online lark is definitely not for me,” Bob continued to ramble.

“You’ve only been on there for a few hours, give it time,” Chas persuaded.

“What’s the point of me talking to Francis, in Cockamouth when the woman I really want is on my doorstep,” Bob said. 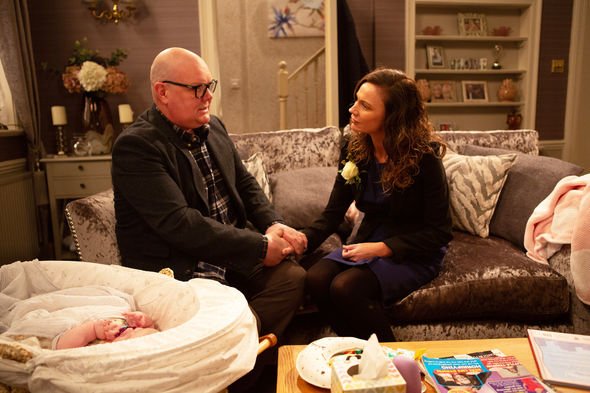 Both Aaron and Chas were seen sniggering at the location of the woman Bob was talking to.

“And what is the point in chasing someone who is obviously getting down and diary with Rodney,” the landlady commented.

“You don’t know that she is,” Aaron argued.

Clearly understand the way in which online dating works, does this mean Chas has dabbled in a little swiping herself?

This wouldn’t be the first time Chas has cheated on Paddy.

Fans may remember how Chas had a one-night stand with ex-boyfriend Carl King while dating Paddy, who soon found out about it and threw her and Aaron out.

Could history repeat itself?