Iconic Dingle man Cain (played by Jeff Hordley) has never been faithful to the current woman in his life, but Emmerdale fans thought he had turned a corner when he met Moira Barton (Natalie J Robb). However, in a storyline twist, no one expected last October, the soap revealed Nate Robinson (Jurell Carter), the man Moira was having an affair with was, in fact, Cain’s biological son. Despite their separation and Cain filing for divorce, will he and Moira reunite sometime in the future?

Official soap spoilers have revealed how Cain will take his separation with Moira to the next level when he issues divorce papers.

In previous scenes, Moira turned to the bottle as a way of coping with losing her husband, but having returned to the village earlier this week, she has regained control of her life.

By putting her children first and focussing on the farm, will there be a future for fan-favourite couple Moira and Cain?

The actor who plays the bad boy spoke out about last year’s events and what’s in store for his character later this year. 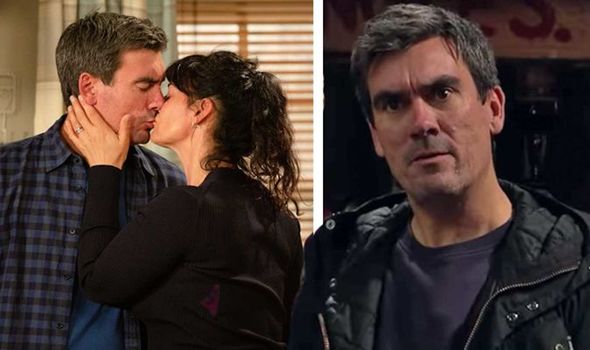 When asked whether Cain was surprised to learn Moira had cheated on him, Jeff explained: “It was great fun to play out [but] it was a kind of storyline shock to us because they had been through so much over the last two years.”

As for how he is dealing with the separation, he added: “I think he’s trying to put on a brave face, it shouldn’t be hard for us to tell really because he’s, he’s very cold towards her and he can’t forgive her for what she’s done.

“It’s the betrayal and then the double-edged sword of [the person she had an affair with] being his son that he never knew about. So, he’s hurt more than ever before, and I think that he is putting on a mask.”

So is there a reconciliation between the two in the near future? “I can’t see it happening,” Jeff revealed. 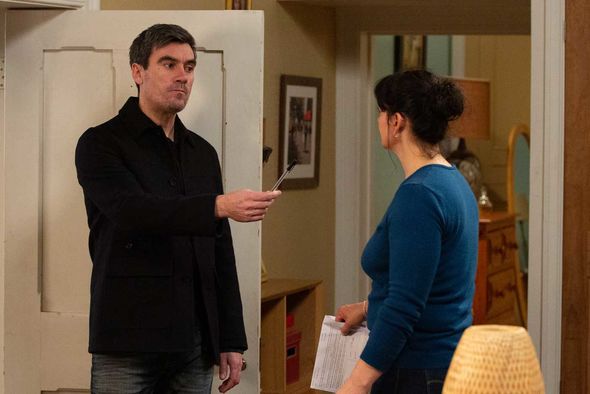 “I think people understand why he can’t go back to Moira because it’s raw, it’s too unbelievable, especially the fact that he’s his son as well,” Jeff commented.

“There’s just so many wrongs and emotions going around and he’s had to do with this that he just wants her out of his life. But he knows  she has to be part of his life because they have children together.”

There is also the question of whether or not Cain is going to have a proper father-son relationship with Nate considering he lives and works in the village.

“Not really,” Jeff stated. “He’s accepted that he’s his son. He’s also accepted that the Dingle’s are wanting to accept him, but for Cain to accept Nate, there’s no relationship developing.” 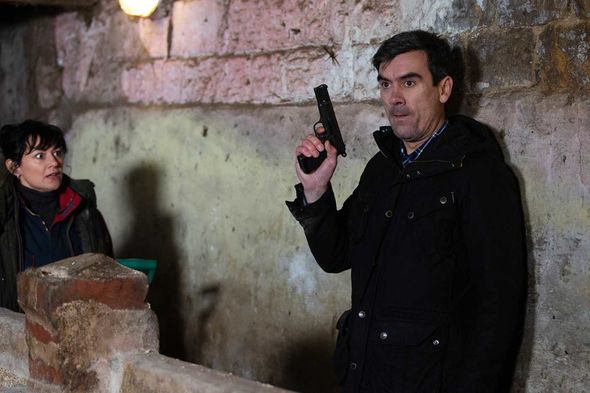 Next week, Cain is going to rush to Moira’s side when Rustlers up at the farm return, attempting to steal Butlers Farm’s livestock once more.

Is this because Cain still as if he needs to protect Moria? “I think if anything, it’s to do with where his boy,  the boys are up there [the farm and farm house] sometimes. So he’s there to protect his boys.”

In a turn of events, Cain will have a gun on him which leaves Moira utterly shocked, but where did he get it from?

“It all happens very quickly,” Jeff said. “First of all, they hear a door banging from the barn so they go out to see it and you know these Rustlers have been reported in the area and they’ve been attacking people and killing the livestock.

“But then one farmhand from another farm, we hear [he has] been attacked. So when they [Moira and Cain] go into the barn, Cain’s been given this gun through Harriet [Katherine Dow Blyton], and he pulls it out, which is a bit un-Cain like but it is a hand weapon.

“And he just wields this gun in this moment, and that’s when Moira first sees it and begins to ask questions, which Cain quickly shuts off.”

As for how this is going to change the dynamic between Cain and Moira, Jeff revealed how the Rustlers incident will affect his character more than viewers will expect.

“I think there’s a definite change for Cain after this incident,” Jeff ominously said.