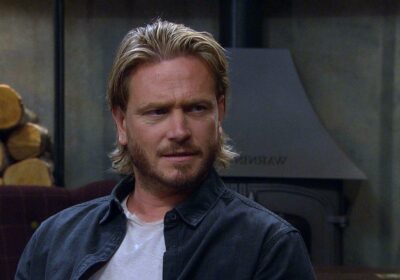 Emmerdale fans have been rather perplexed recently as they've noticed David Metcalfe's young son Theo has not been seen or heard in the programme for quite some time.

But due to the fact that David is a single dad who has a young son to look after, many viewers have questioned where he is.

Taking to Twitter on Friday evening, one concerned fan penned: "Soaps really annoy me the way they 'dispose' of kids! Where’s Theo while David’s being held hostage by mean Meena??! He’s a single parent, yet Theo has conveniently disappeared to suit the storyline! That just doesn’t happen in real life (from one that knows!)"

But comment hasn't been the first that has been made by fans this week, as many took to Twitter to ask where the young child could be.

Another fan asked: "Yes. Where exactly is Theo?"

Meanwhile another has previously questioned: "Who is looking after Theo?"

David's son wasn't the only hot topic of conversation on Friday as many other fans complained that he portrayed a lack of wisdom when it came to Meena.

As Meena has continued to get away with her horrendous crimes, several fans have taken to Twitter to question why David hasn't noticed anything particular, even though his health is clearly deteriorating.

Taking to the online platform once again, many fans called out David for not being able to see any of the signs.

Another said: "How thick is David not knowing all this is Meena doing he was warned from the start."

"David is thick meeana drugging you?" A third added.

Although Victoria Sugden appears to be looking out for David on the outskirts she is still unable to get inside his home and see if David is ok for herself.

On Friday, Victoria tried her best to explain to Meena that she needs to contact David over business matters, however, Meena was having none of it and warned her off.

But will Victoria be able to rescue David before it's too late?