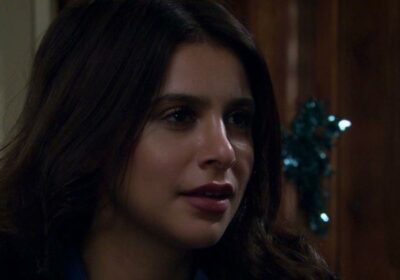 Emmerdale fans have been left frustrated by Meena Jutla's latest storyline after she claimed she was pregnant with Billy Fletcher's baby after he dumped her for ex Dawn Taylor.

During Wednesday's episode, Meena dropped the baby bombshell on a stunned Billy while on Thursday she had a showdown with her ex and Dawn after they let slip the news to her sister Manpreet Sharma, who has suspicions of the pregnancy.

However, fans have been left frustrated as they've questioned why Billy is only taking murderer Meena's word and hasn't demanded proof that she is pregnant, in the form of a scan or test.

Taking to social media, one person said: "It’s getting ridiculous now, as if he wouldn’t demand she does a test, he just believes her…. Can’t believe this storyline is still going on. Manpreet has her sussed !!"

A different account put: "Hopefully Billy will ask for the pregnancy test that way it will prove if she is lying or not #Emmerdale."

Another follower commented: "Surely Billy would ask Meena for a picture of the first scan or the pregnancy test to prove she is actually pregnant #Emmerdale."

While a different viewer added: "So is Billy going to ask Meena to do a test or is he just going to go along with it? Answers on a postcard please #Emmerdale."

During Thursday's episode, Billy and Dawn attempted to deal with the baby bombshell and accidentally let slip the news to a stunned Manpreet.

Manpreet then confronted her sister as she asked if she had taken more than one test and when her due date was with a defensive Meena shouting: "Are you seriously suggesting that I'm not pregnant?"

Meena then confronted Billy and Dawn over letting slip her news to Manpreet as she yelled: "So what's next on your hit list, I mean first you steal my man and then you tell my sister I'm pregnant! What's your encore?"

After insisting she made a mistake, Meena then hurled insults at Dawn as she warned: "If you ever speak to me like that again, I will rip that smile from your face!"

To which Meena replied: "Oh, so she’s threatening a pregnant woman now? Classy!"

Billy then attempted to calm down the situation, saying: "Meena, I know you're hurting but me and Dawn are for keeps. If we're going to raise this baby together, you need to get used to it as she's not going anywhere!"

Meena then stormed off and the episode ended with her ordering heroin on the phone off a drug dealer. What has Meena got planned and is Dawn in danger?

For all the latest cast updates and juicy Emmerdale spoilers, sign up to our daily OK! Newsletter . Emmerdale continues weekdays at 7pm on ITV.