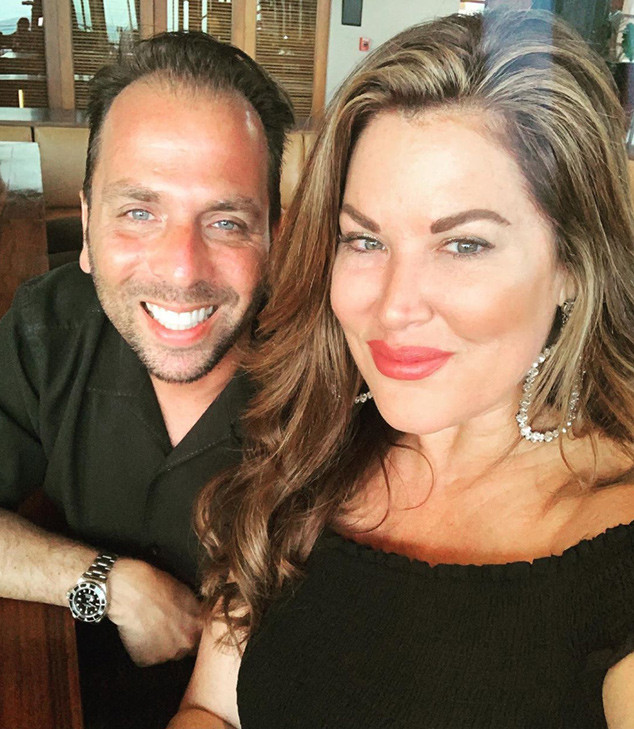 There’s more than what meets the eye on Real Housewives of Orange County.

This season on Bravo’s reality show, viewers have watched Emily Simpson experience a few struggles in her marriage.

One obstacle was the fact that Shane Simpson studied for the bar exam away from his family. So what’s going on with the pair today?

“People think that you are definitely going to get divorced,” Andy Cohen shared on Watch What Happens Live Tuesday night. Emily replied, “Yah, no!”

She continued, “I’m not trying to make excuses for him but I see a side of him that other people don’t get to see so I think that’s what makes up for it. I know it sounds awful but I’m the one who goes home with him at night when we’re alone and he says nice things and he gets me cards and he writes nice things to me.”

While appearing on Watch What Happens Live, Emily also confirmed reports that Shane did not pass the bar exam in February. A source previously shared with E! News that he is currently waiting for the results of a second bar exam he took.

In addition, the pass rate in February 2019 was only 31 percent. In other words, it’s not exactly easy to pass.

“I’ve said before, I feel badly, but I give him a lot of credit for doing what he did, and he did it with millions of people watching,” Emily shared with The Daily Dish. “I mean, when I took the bar exam in 2005, it was like, just my family knew I was taking it.”

She continued, “And for him to go through that and to take it and for millions of people to judge and have opinions about it, I mean, I think that was a pretty brave thing to do.”

While this season’s Real Housewives of Orange County is just getting started—have you seen that midseason trailer?!—Emily is hopeful Shane can reach his goals. And she’ll continue to support his journey on and off screen.

“He’s working full-time right now for a law firm, and he really enjoys it, but he wants to be able to be licensed so he can practice,” she explained. “So he’ll probably keep taking it ’til he does.”

Real Housewives of Orange County airs Tuesday nights at 9 p.m. only on Bravo.

(E! and Bravo are part of the NBCUniversal family)