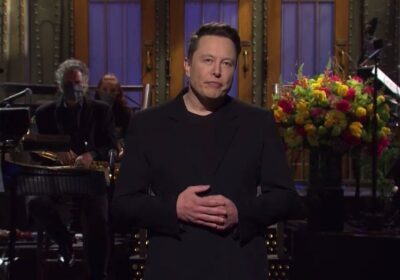 Elon Musk has joked about the real pronunciation of his baby's name, mocking the highly unique spelling and idea behind it.

The billionaire made his debut appearance on Saturday Night Live in the US over the weekend and was in good spirit, poking fun at his own life – though when you're worth $166billion, you can afford a joke or two at your own expense.

At one point, he made fun of the name that he and his musician girlfriend Grimes gave their little boy.

The name – X Æ A-Xii – was displayed on screen, and Elon told viewers how to pronounce it.

The businessman joked: "It's pronounced, cat running across keyboard."

However, the real pronunciation is far more complicated, and he was quizzed about it around the time it was announced.

Back in May last year, the tech giant appeared on the Joe Rogan Experience and explained how the tot's name should be said.

He said it's pronounced "X Ash A 12" and that Grimes – real name Claire Boucher – had "mostly" decided on the name of their little boy.

At the time, she tweeted a breakdown about what each character or symbol meant in her son's name too.

She said the X was "the unknown variable", and the Æ was her "elven spelling of Ai (love and or artificial intelligence).

Meanwhile, the A-12 was the "precursor to SR-17 (our favourite aircraft)", adding: "No weapons, no defences, just speed, Great in battle, but non-violent." Grimes said the A also stood for her "favourite song" Archangel, and the X could also refer to a "metal rat", as she shared emojis of crossed swords and a rat.

Elsewhere during Elon's Saturday Night Live debut, he revealed he had Asperger's.

In his opening monologue, he said: "I'm actually making history tonight as the first person with Asperger's to host SNL. Or at least the first to admit it. So I won't make a lot of eye contact with the cast tonight."

And it sounds like that will have come as a welcome relief to SNL regular Aidy Bryant, who did not appear in any sketches with Elon.

She had previously shared a thinly-veiled dig at him on Instagram, by posting a tweet from Bernie Sanders.

It is reported that Elon is the second richest man in the US, behind Amazon founder Jeff Bezos.