‘Élite’ Season 4: Release Date, Plot, New Cast Members, and Everything Else We Know So Far 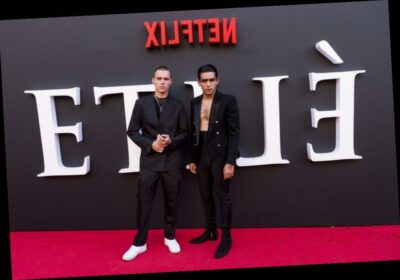 Élite may not be as popular as Money Heist, but Netflix‘s Spanish original series has a cult following of its own. The show is set for its fourth season and will implement a “reset” of sorts.

What happened at the end of ‘Élite’ season 3

By the time the third season finale came around, it effectively wrapped up a three-season arc for the show. Polo was accidentally killed by Lu and the students gathered together to cover for her and protect her to end all of the suffering that happened after Marina’s death.

Several main characters are not returning after season 3. Nadia and Lu left to go to their program at Columbia University in New York. Malick was also headed to New York for school. Omar was initially going with him but stayed back to reunite with but Ander, who was unable to graduate from Las Encinas due to his illness. Carla left as well to study. abroad and Yeray is presumably gone off somewhere to manage one of his businesses.

Carla left the wineries she ran in Valerio’s hands. But it looks like Valerio will not be on the show for season 4. The characters coming back are Samuel, Guzmán, Ander, and Rebeca, who return to finish their last year, along with Omar, who is now attending Las Encinas.

Cayetana will also be back despite graduating. She was offered a full-ride to any school she wanted to by Polo’s parents but decided not to take it. At the end of the season, while the characters returning to school were headed to class, she was seen mopping the floors. This means she probably did not have enough money to go to college and took a job like her mother.

Initial rumors made it seem like the show would have a soft reboot entirely, but these rumors were debunked when it was verified that the returning Las Encinas students would be on the show for season 4.

Manu Rios, Carla Díaz, Martina Cariddi, and Pol Granch are set to be playing new Las Encinas students. Their characters have not been revealed yet. Diego Martin is also a part of the cast as a teacher.

The new cast members and returning cast members gathered for a promotional photo to introduce the newbies. It looks like the new characters will likely have a lot of storylines revolve around them as they. have to be introduced to audiences. This is also the last year of school for the returning characters, so their storylines could be a bit more minimal.

Netflix hasn’t announced when season 4 will premiere yet. Still, it is definitely expected sometime in 2020 as it looks like production is over. All seasons of the show premiered in the fall, with the exception of the third season, which premiered in the spring. Netflix could go either way, but the streaming giant definitely could use more content to put out as the global pandemic is ongoing. Viewers should expect season 4 at the earliest by this spring, and if not then, the season should drop on Netflix in the fall.