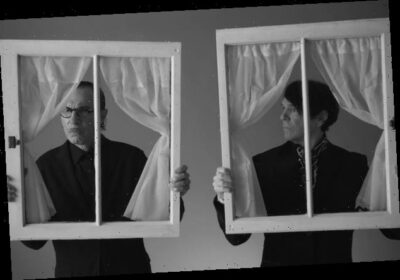 Courtesy of the Sundance Institute

“The Sparks Brothers,” Edgar Wright’s debut documentary film about the decade-spanning, influential yet under the radar pop band Sparks, has set a release date for this summer.

Focus Features is releasing “The Sparks Brothers” domestically on June 18, 2021 following its world premiere at Sundance and its screening at SXSW this week, and the film still sits with a perfect 100% score on Rotten Tomatoes.

Sparks is comprised of brothers Russell and Ron Mael, who have released more than 20 albums over the decades. They have proven to be highly influential, as they’ve dabbled in experimental ’70s pop and later synth dance music that has inspired artists across genres on the backs of albums like “Kimono My House,” “No. 1 in Heaven” and “Propaganda.”

And yet Wright’s “The Sparks Brothers” dubs Sparks as “your favorite band’s favorite band,” arguing that that this pop band is wildly successful and yet criminally overlooked at the same time. To make that case, he speaks not only with the enigmas that are the Maelstrom, but he also assembles a cavalcade of celebrity fans, including Flea, Beck, Jack Antonoff, Jason Schwartzman, Neil Gaiman and many more. The documentary takes viewers through five decades of the Sparks’ career and lives.

Wright actually told TheWrap at Sundance the reason “The Sparks Brothers” had to be his first documentary said that making a movie about them might be easier than trying to convey his fandom to people who had somehow never heard of Sparks.

“So the thing is as a fan you always become like especially as a Sparks fan when you end up becoming an evangelist for the band, and there was a certain point where I figured it might be easier for me to make a documentary than to sort of be trying to explain to people over dinner who Sparks were and what albums they should listen to,” Wright said.

TheWrap’s Steve Pond in his review of the film called it idiosyncratic and playful in the same way the band has become something of an enigma across so many decades.

“Confusing an audience that embraces that confusion has been their m.o. all along, so why should a movie about them be any different,” Pond wrote. “It’s excessive and exhausting and elusive, and entirely in keeping with the curious career of the Mael brothers.”

“The Sparks Brothers” is actually the second Edgar Wright film Focus Features will release this year, with his “Last Night in Soho” due to arrive October 22 after it was delayed due to the pandemic.

Wright also produced the documentary with his producing partner Nira Park though their company Complete Fiction Pictures, along with producers George Hencken and Complete Fiction’s Laura Richardson. The film was financed by MRC Non-Fiction and will be distributed domestically by Focus Features.