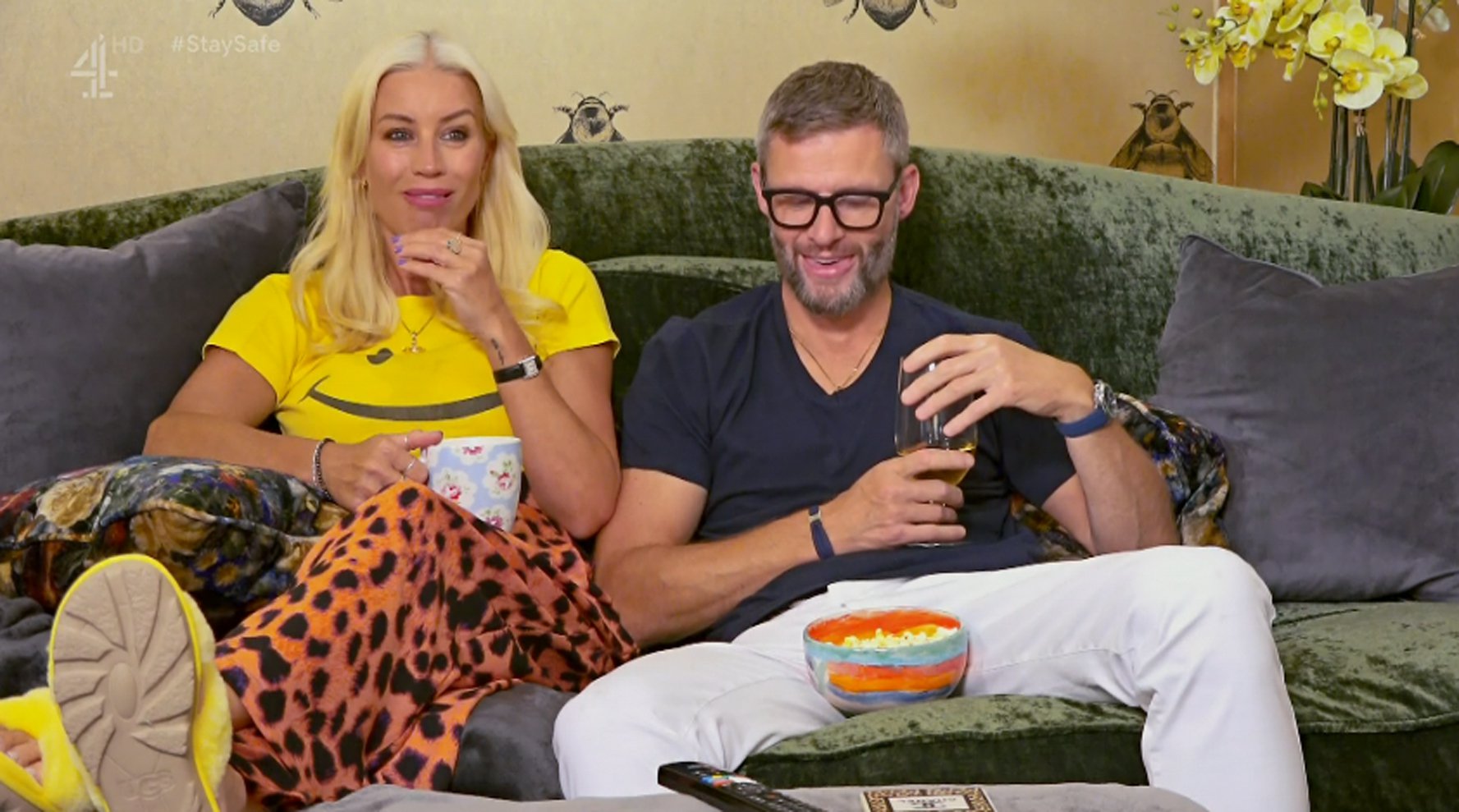 Eddie Boxshall, Denise Van Outen’s ex-fiancé, is said to have been ‘axed’ from Celebrity Gogglebox following his break-up with the star.

Last week, it was announced that the couple had gone their separate ways after seven years together.

The singer and actress, 47, confirmed the news in an Instagram post, stating that it was a ‘difficult decision’ to call time on their relationship, adding: ‘I will always treasure the good times we spent together, and the memories made.’

The pair decided last year that they wanted to get married, with Denise previously predicting that ‘after this dreadful lockdown ends, there will be wedding bells’.

It’s been claimed that following their break-up, Channel 4 programme Gogglebox has dropped Eddie from the celebrity version of the show, which he’d appeared on with Denise from the first season in 2019.

A source reportedly told The Sun: ‘Denise and Eddie joined Gogglebox together in 2019 and were a hugely popular part of the celebrity series. They were already signed up to the next round of filming when Denise dumped Eddie and she wants to honour the commitment.’

They added: ‘But she won’t be having Eddie back in the house, let alone on her sofa, so she is looking for a friend to come on board.’

It’s been said that ‘ideally’ Girls Aloud singer Kimberley Walsh will join Denise instead, having appeared on the show before.

Following his split from Denise, Eddie shared a cryptic post on Instagram, featuring an image of hopeful words written on a mirror.

The message reads: ‘When everything is uncertain everything that is important becomes clear’.

He captioned the post with the words: ‘Health and love,’ along with a praying hands and heart emoji.

When Denise made the announcement of their split, she requested privacy for the family, particularly for their children.

Denise is a mum to Betsy, 11, from her marriage to Lee Mead, while Eddie has two children from a previous relationship – 21-year-old Leah and 25-year-old son Jordan.

Denise and Eddie first met in 2014 when they were set up on a blind date by presenter Zoe Hardman.

Channel 4, Studio Lambert and a representative of Denise have been contacted for comment.

Gogglebox and Celebrity Gogglebox are available to watch on All 4.