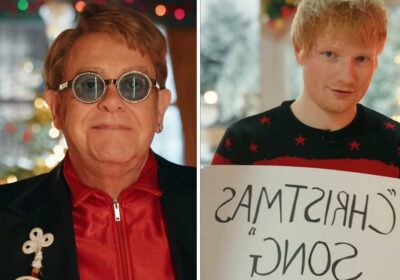 The singers have teamed up for the festive track – called Merry Christmas – and Ed, 30, posted the fun clip to his Instagram to reveal the release date.

After knocking on 74-year-old Elton's door, Ed motioned for him to be quiet and help up a series of signs that read: "Hello, last Christmas I received a call from my mate Elton John and he told me we should do a Christmas song.

"Our Christmas song, 'Merry Christmas', is out this Friday. Go pre-order and save it now. It has sleigh bells. A lot of them…"

The original doorstep scene in Love Actually saw Mark, played by Andrew Lincoln, use cards to declare his love for Kiera Knightley's Juliet – but the twist was Juliet was married to his best friend Peter, played by Chiwetel Ejiofor!

Opening up about teaming up with Elton for the song, Ed told Jimmy Fallon: "“I’ve always been quite against it [a Christmas song]. Not that I don’t like Christmas, I love Christmas, but in terms of doing a Christmas song, you need to chuck the kitchen sink at it.”

And Ed revealed his shock at discovering there wasn't already a song titled Merry Christmas, adding: "It baffled me. It’s kind of like this glitch in a video game where no one’s thought to…”

"American radio wouldn’t play me, so he flew over there to play a private gig for them, to make sure that they play me. And the Grammys wouldn’t put me on, so he made sure he played the Grammys with me to have me on.

"He’s just, throughout my career he’s been the guy that has nudged it an extra inch. And now I’m in a point in my career where I feel like not equals but, cause he’s had such a long career, but I ring literally on a daily basis, like literally every single day, even if it’s for two minutes.

"He’s my favourite human and it’s so rare to find people in the music industry that are just clean hearted, there’s like no bad energy around him." 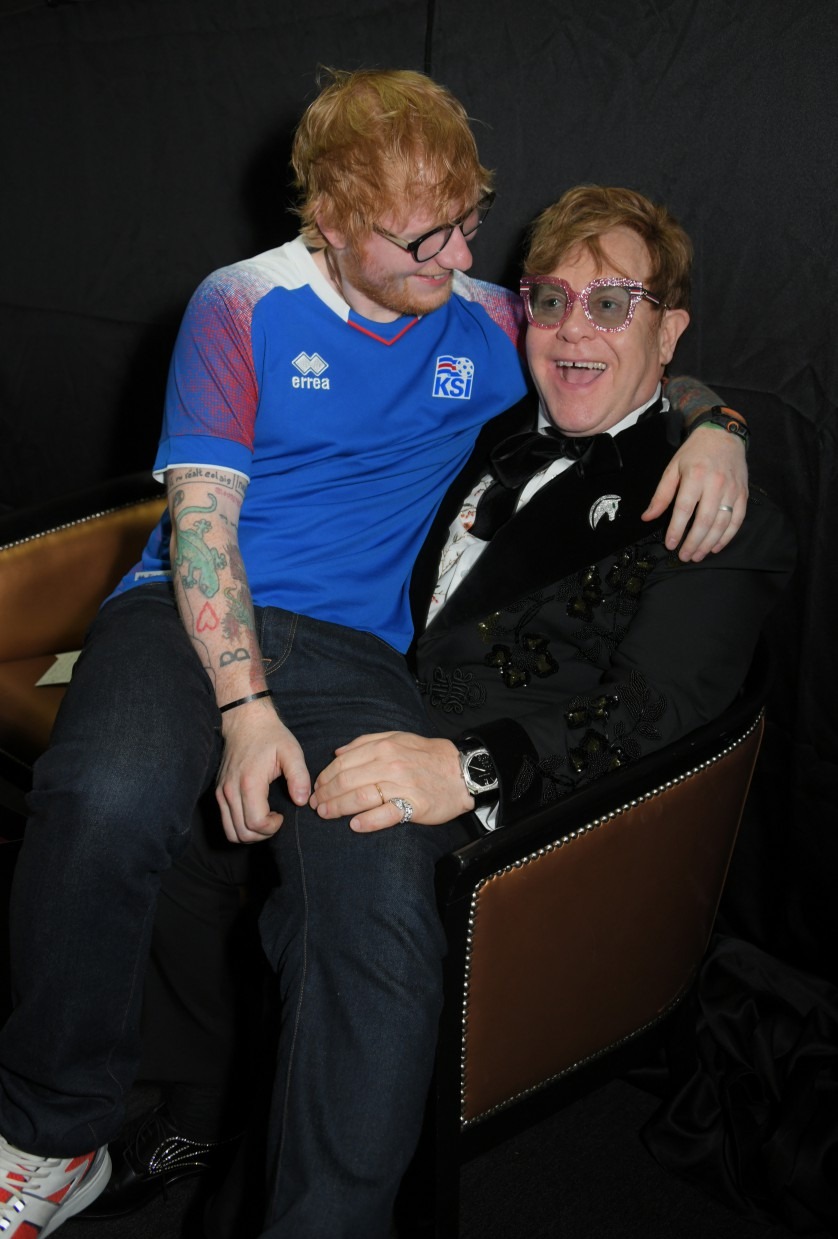