EastEnders fans were overjoyed when the soap confirmed actress Patsy Palmer would temporarily reprise her role of Bianca Butcher.

Having not been on screen for five years, Sonia Fowler (Natalie Cassidy) thinks it is a great idea to surprise Whitney Dean (Shona McGarty) and bring Bianca back just in time for her wedding to Callum Highway (Tony Clay).

But the loud-mouth, straight-talking Cockney may not be welcomed home with open arms by everyone, especially when she drops a bombshell.

For the last few months, Whitney has been planning her wedding to Callum and later this month, the pair are going to tie the knot.

As the big day arrives, Whitney is left fuming when she is told her mother has disappeared, but this should be the least of her worries because Callum’s dark secret could be exposed in a big twist.

He has been harbouring secret feelings for Ben Mitchell (Max Bowden) for many months now, and viewers recently saw him give into temptation and spend the night with the mechanic.

Despite this, Callum is determined to marry Whitney but Bianca could be about to ruin this.

The soap have kept tight lipped about why the mother-of-five has suddenly become absent from the wedding party, so there is a chance she could have found out about Callum’s affair with Ben.

Should this be the case, she is not one for keeping secrets and BBC One fans could see a major showdown at the top of the altar when Bianca tells her daughter about her husband-to-be’s infidelity. 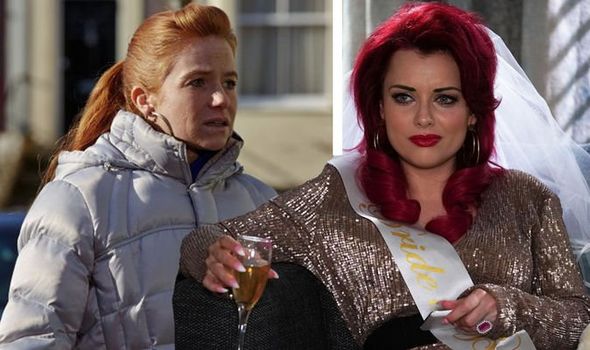 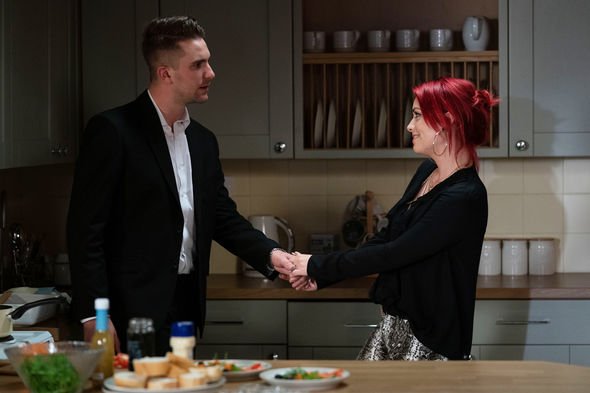 An alternative theory is Whitney and Bianca hatching a plan together to out Callum in front of the Square’s residents.

Angry and upset about being humiliated, there is a chance Whitney could walk up the aisle and then get revenge in front of the congregation.

On the flip side, it wouldn’t be unlikely if viewers tuned in to see Whitney and Callum pronounced husband and wife before Bianca drops the bombshell.

Bianca is only staying in E20 for a short while, and EastEnders executive producer Jon Sen previously spoke about her return.

He said: “When I joined the show in January, bringing Bianca Jackson back to the Square was high on my wish list.

“I’m thrilled to announce that Patsy’s agreed to return to reprise her iconic creation in a blistering storyline that will grip fans this autumn. 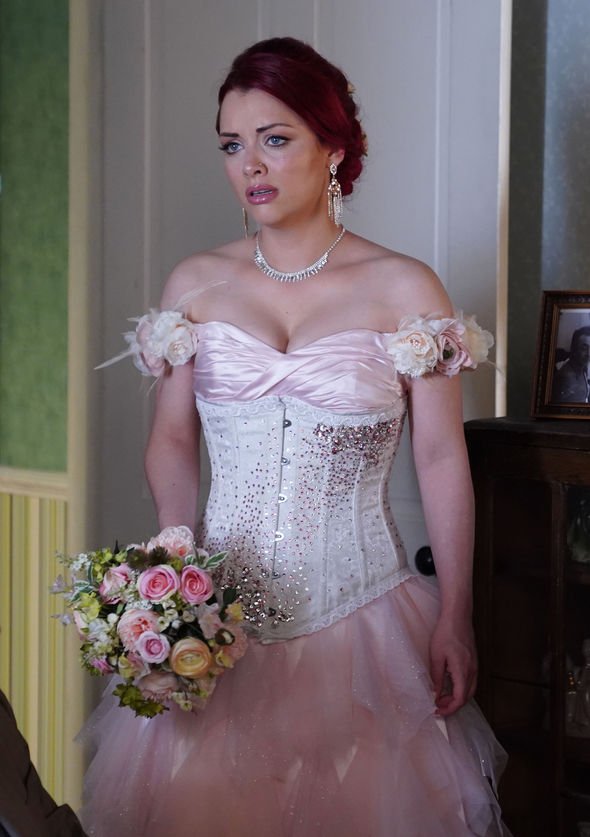 “There is no-one more excited than me to see her step back into Albert Square again. I simply cannot wait.”

Meanwhile, Bianca is not the only familiar face to be returning as Lisa Fowler (Lucy Benjamin) is also making a comeback.

It comes after the soap dropped an explosive trailer, teasing upcoming storylines, in it, Lisa appears in a scene with Mel Owen (Tamzin Outhwaite).

Despite being back for a matter of seconds, she is seen begging Mel to help “get someone out of the country”.

What has Lisa brought with her to Walford and who is she trying to help?

EastEnders returns to BBC One Monday night at 8pm.